I just discovered some mural photos I took on November 13, 2016. (I'm trying to organize all of my photos, not just the murals: It's frustrating because I've had lots of computer problems, backups I can't restore, multiple copies of some photos… ah, sigh, the problems of art-lovers.) Anyway, I was at the corner of Railroad Avenue and 15th Street when I looked northeast and saw a garage wall:

The base of the saguaro — actually, the whole mural — has painted rocks and real rocks: 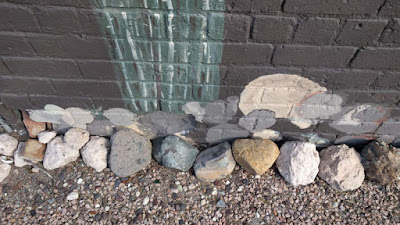 While I'm out on my bicycle or in my car, if I come across a mural when I wasn't looking for one, I'll usually send myself an email message from my phone. My phone (unhelpfully) auto-corrected the location of this mural, but I didn't notice until now. So I went hunting with Geotagger and Google Maps to find the spot. Then I went to Google Street View and found a view from April, 2013:

At the bottom left is a trash container that looks like the same concept as ones that were painted more recently in cooperation with the City and the Tucson Arts Brigade. The garage wall design is different, though.

I drive along North Stone fairly often, so I know most of the (many!) murals by heart. But, as I drove southbound from Glenn on October 7, 2017, I saw something new: 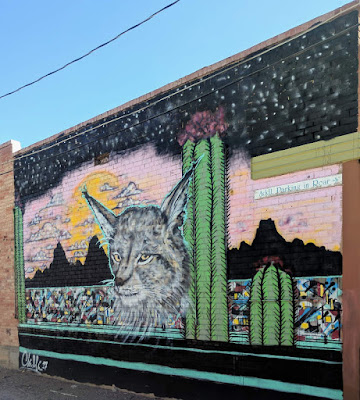 Here's the artist's signature on the bottom-left corner: 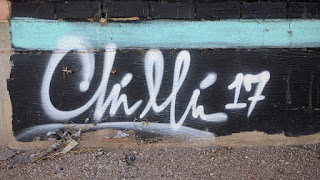 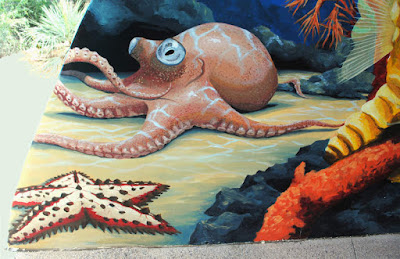 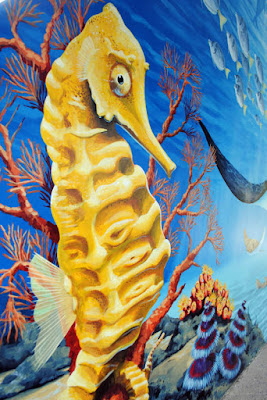 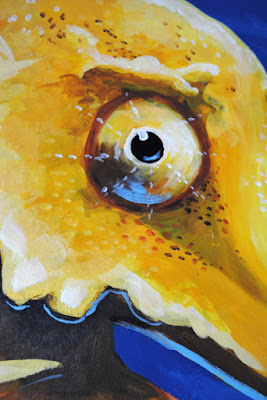 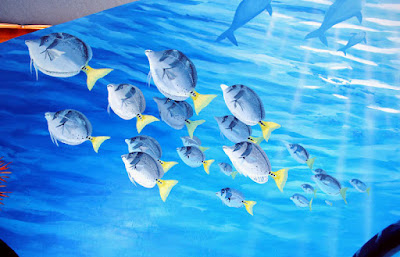 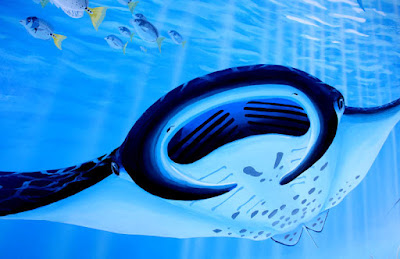 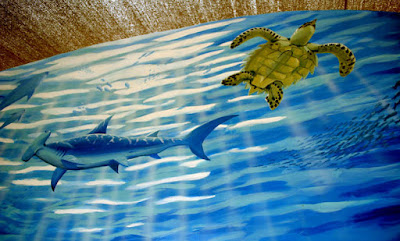 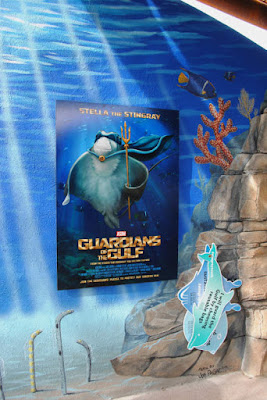 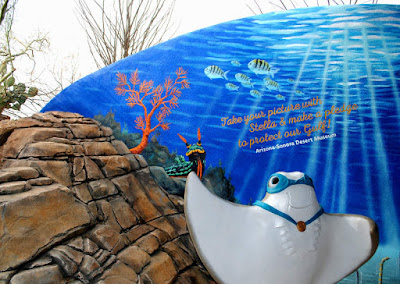