I stopped by the hotel on September 12, 2018, as the murals were in progress. For months before then, I'd heard from artists that the murals would be happening. I stopped by to take photos and then, for months, I tried to sort out which of my photos David Aber had captured when he was there. An unfortunate glitch (the memory card fell out of my cell phone!) meant that I had to rely on Google's reduced-quality “cloud” backups instead of the much better photos on that card. So, about a week ago (mid-February 2019), I decided to just post what I had without my usual careful editing. David has posted a number of these — and with much better quality. So please be sure not to miss his blog posts from the past few months. But I hope this blur of photos — basically, first to last as I walked through, with editing just to remove empty space — to get a feel for what was happening on this amazing place almost six months ago.

Some of these are just outlines of murals to come. (I've changed the outlines to monochrome format from color to help bring out detail. The outlines were drawn on walls.) Those murals may have been more finished by the time that Dave got there.

These are from first to last as I wandered through. If I'd tried to coordinate my notes about each photo with the shots themselves, and with which ones Dave posted in ten separate entries, I'll never get these online! So, without the notes, here goes: 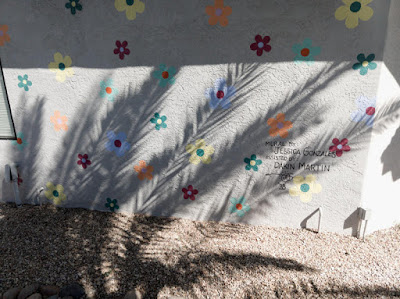 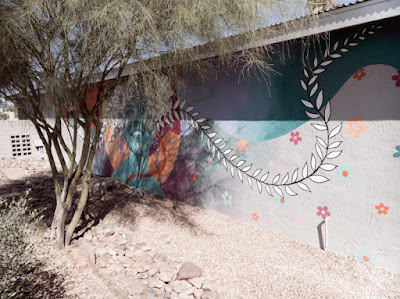 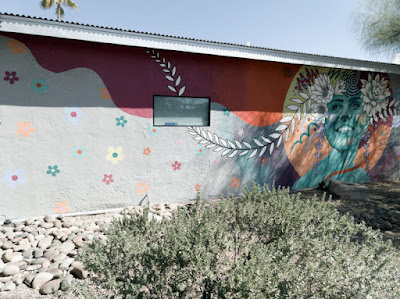 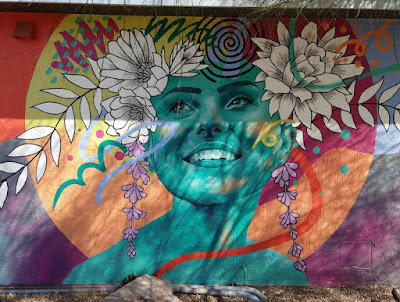 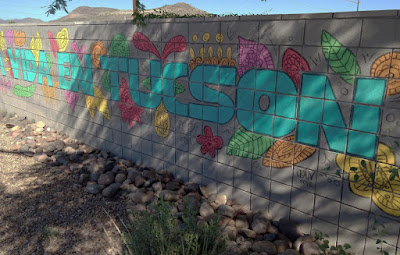 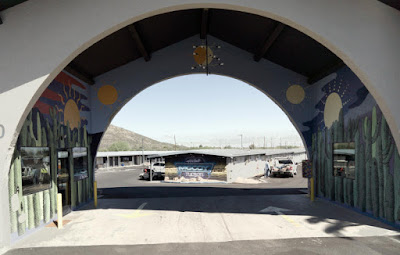 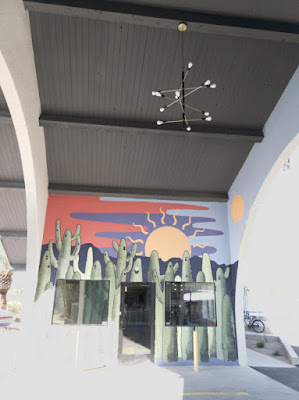 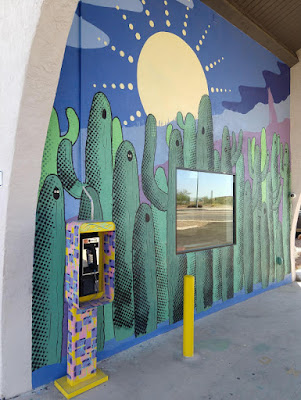 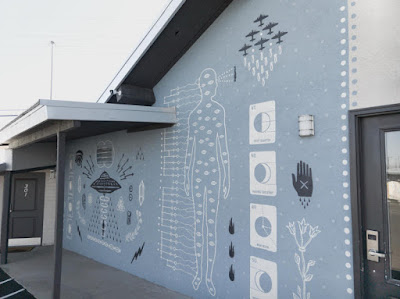 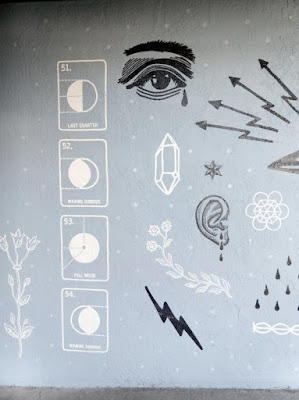 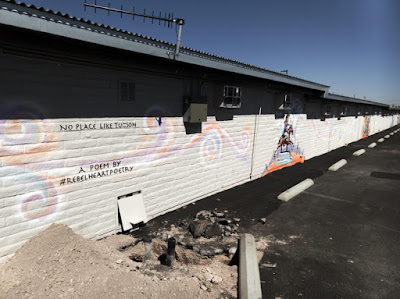 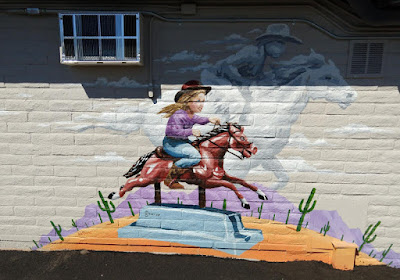 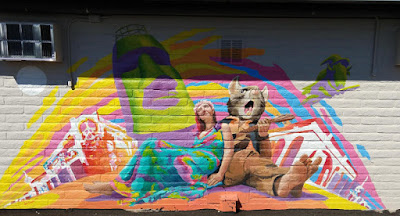 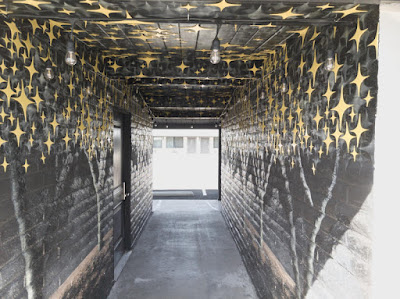 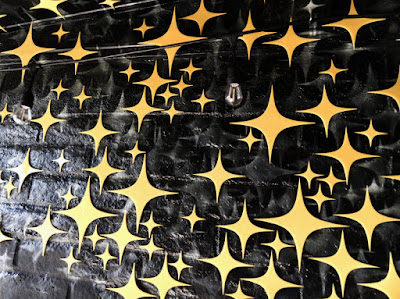 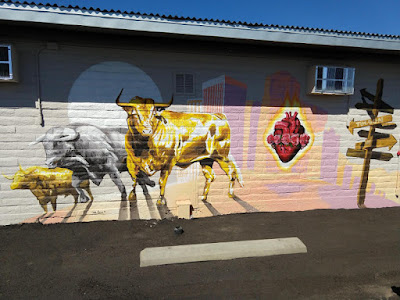 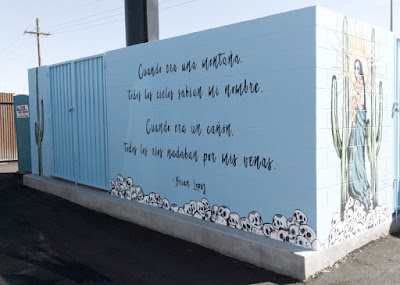 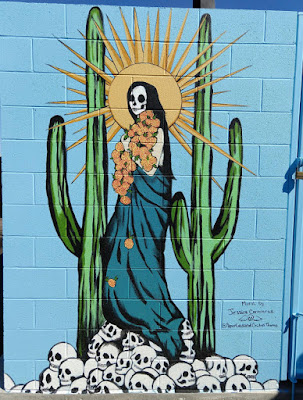 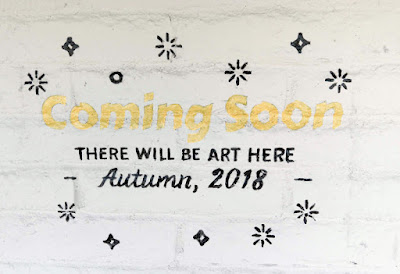 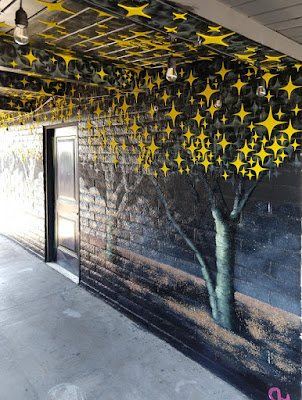 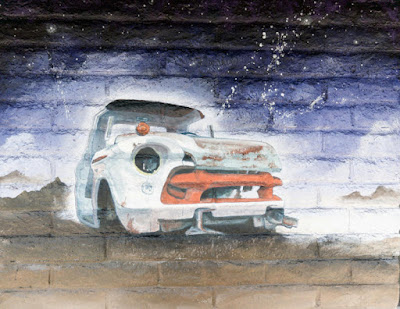 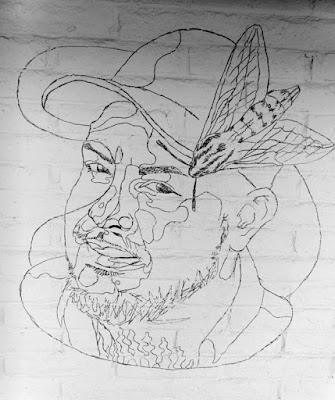 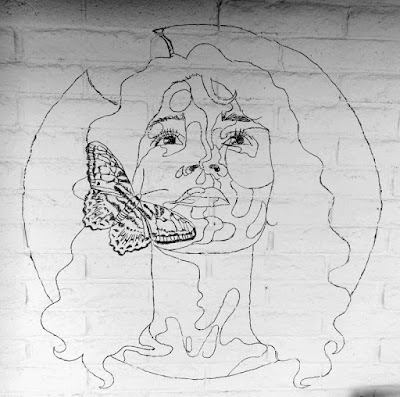 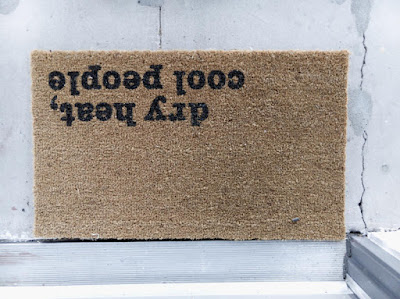 (We say anything that's “flat art on a wall” may be a mural. That's actually a door mat standing upside down against a wall — probably draining after being washed. Whatever. :) 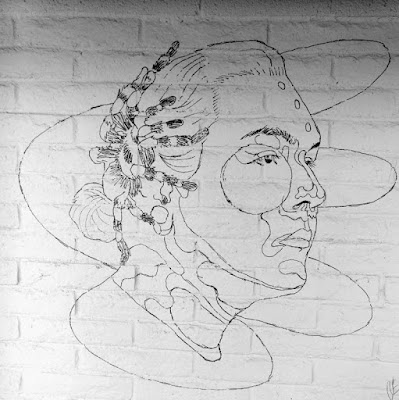 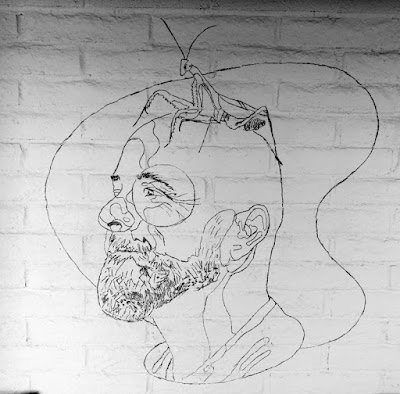 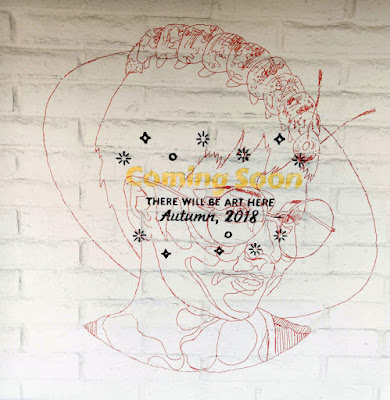 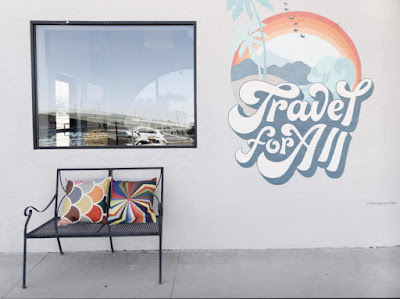 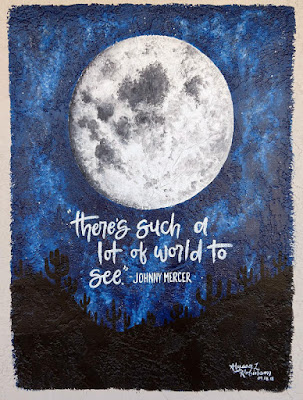 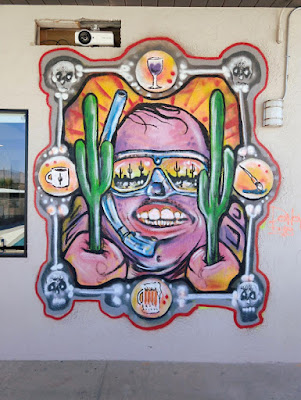 Remaining mural photos taken on various dates.
First sight as you come thru the main entrance.
"Day of the Dead" on a utility structure.
Last sight as you exit thru the main entrance.
Not a mural but I couldn't resist
Click on any photo for a slideshow of larger and sharper images.
It's likely there will be more installments as murals were still being painted when I last left the Hotel McCoy.

More portraits by Jessica Gonzales from Oct. 15, 2018.
Portrait of Quiahuitl Villegas
Quiahuitl is an Aztec word meaning rain
Portrait of Kari Beth
Portrait of Randy
Portrait of Jewell Finder
Click on any photo for a slideshow of larger and sharper images.
Posted by David Aber at 6:01 AM No comments: