Why not fifth-anniversary photos?

Every time my inbox begins to fill with mural (and mailbox art) photos, I double-check to be sure I've put each photo online before I delete the email that had the photo. So, back in December, I was surprised to see a message from Mark Fleming that he'd sent to Randy Garsee, this blog's founder. Randy sent it on to me that same day — February 25, 2013. My email program shows that I replied to Randy right away. But I don't remember ever posting these murals. (Mea culpa! Still, it can be tough to keep track of well over 1,000 murals.)

Anyway, I decided to wait for the five-year delay between Mark sending the photos and them going online. Somehow it didn't feel urgent to rush them online a month or two earlier. Still, I'm sorry for the long delay, Mark.

It was back on November 22, 2014 that I spotted Rock "Cyfi" Martinez’ mural on the north side of BreakOut Studios, 828 North Stone:

But, unlike Mark Fleming, I didn't check the alley behind the building.

I'm not sure that I got all of the photos? So I'll post them in the order that Mark sent them. The first two seem to be side-by-side, but I'm not sure about the third. 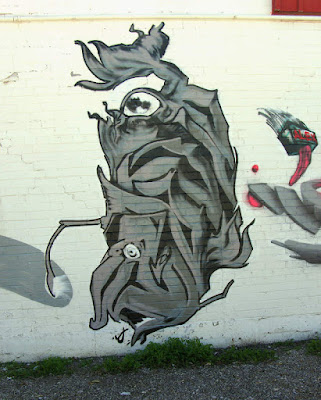 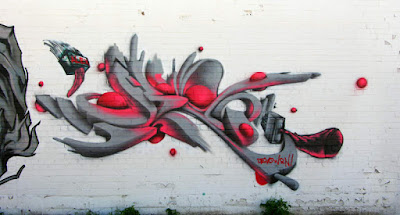 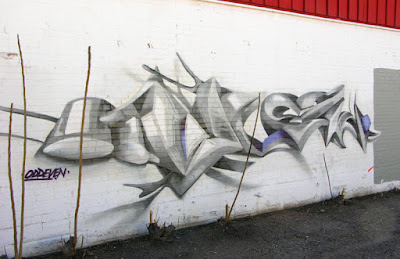 Mark wrote that the murals seem to be “by Alex Devowon and someone named 'oddeven'.”

Update (February 23, 2018): Thanks to ArtLoungeProductions (@artloungetuc on Twitter) for helping me find that BreakOut Studios has moved to East Speedway. Their website is breakoutstudiostucson.com and their Twitter feed is @BreakOutStudios. I'll have to stop by and check for new murals! 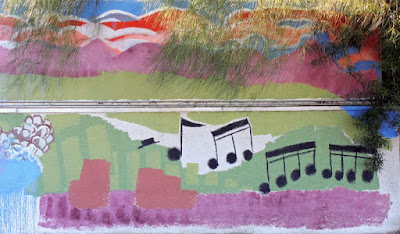 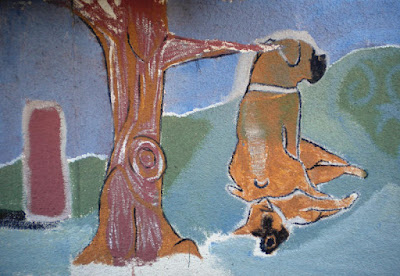 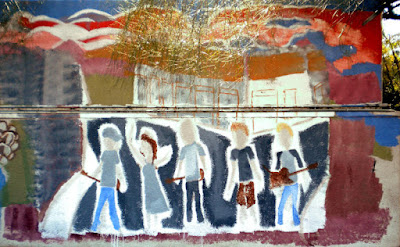 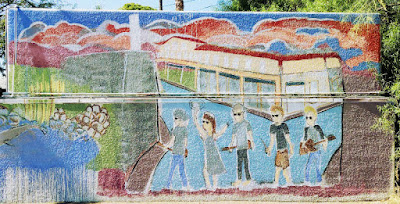 Murals being made, even more (part 39, continued)

On October 3, 2016, I posted photos of a new mural on walls around a Tucson Electric Power substation. Here's one:

At the time I wrote that, the mural didn't seem finished. But I never went back to check (or to see another mural that another artist had painted at Valley of the Moon). Last week, a friend sent me photos of part of the TEP mural. Hers show the mural looking finished. I've mixed them into the original blog entry. Now the revised blog entry shows the progress:

Murals being made, part 39: TEP south of Cushing

On Sept 3, 2011 Jerry Peek posted photos of mosaics at the Las Artes Learning Center.  His last photo shows empty spaces on the north wall.  See Las Artes under construction.  Here are the completed mosaics that I found on Dec. 28, 2017: 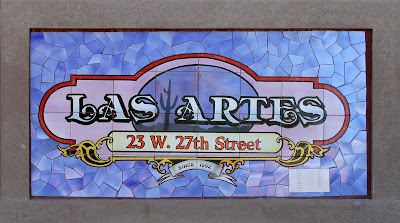 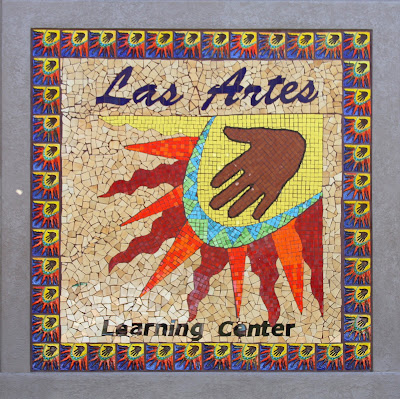 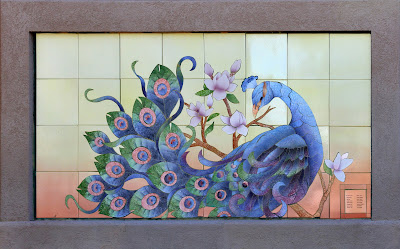 Las Artes is the Pima County Arts & Education Center for ages 17-22.  It prepares students for their GED and builds employment skills through art projects.