Country in the city, part 2

Last year's post Country in the city showed the mural on the south side of the Tucson Yoga building at 12th Street and 4th Avenue. For some reason, I didn't include the mural on the east side of that same building. Here's part of it — and parts of two bicycle-parking loops: 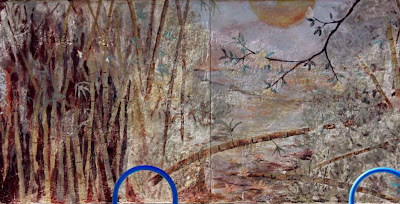 The photo is from Melodi King (better known as Melo). She's building a clickable map of Tucson murals. I'll post more of her photos next. Thanks, Melo!
Posted by Jerry Peek at 7:26 PM

Hi:
Great photo work on all of these shots. Entices a person to go out and look at the murals in person. Where did you find this "Melo"?
Ed Matarrese

Thanks, Ed. Melo actually found us. Her mural map is a big project! Once it's online, finding murals should be easier.