The previous two entries, plus an earlier entry (Beautiful Bronx Wash), show the great multi-part mural along the concrete wash between the two sides of Linden Street. You can see the mural from the north side of Linden.

These photos show the mural from east (left) to west (right). The previous entry showed the new part of the mural as it was being painted. 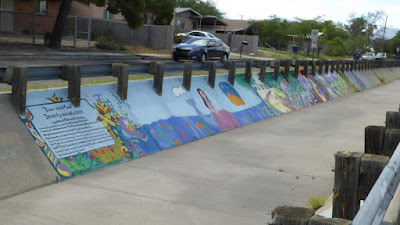 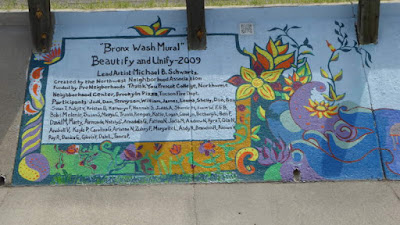 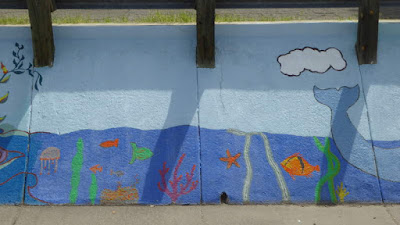 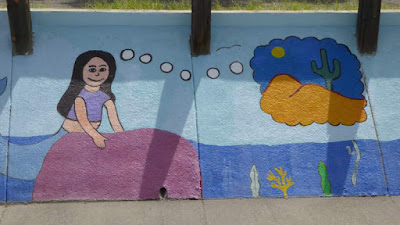 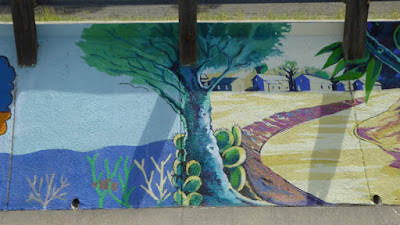 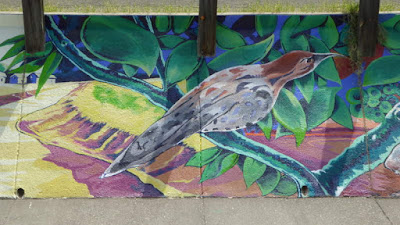 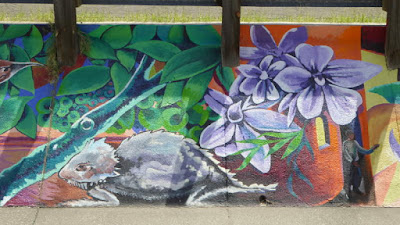 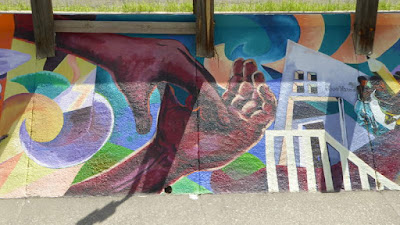 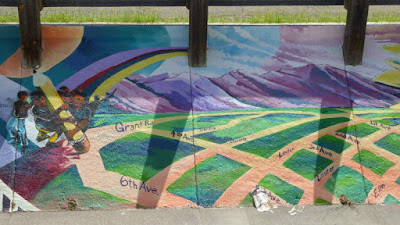 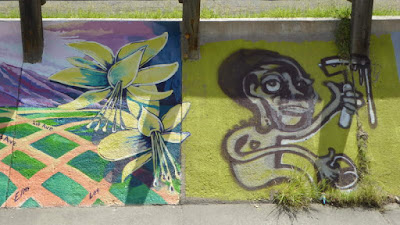 I snapped these photos on September 14.