¡Saludos de CDMX! (That's the city government's new name for Mexico City. It seems that most people outside the city don't know that though. FYI, anyway.) After a really challenging year, I treated myself to two weeks in one of my favorite cities. I want to thank David Aber very much for picking up the ball as I dropped it a lot this past year. Next year should be much better for me—and, so, less busy for David!!

As you ride along the freeways, and some of the city's streets, you'll notice murals that are actually advertising. Some are blatant, with companies’ names highlighted and really obvious from a distance. Others, like this example from JetBlue Airlines, are subtle. At first, it looks like the skyline of a city with the word Boston: 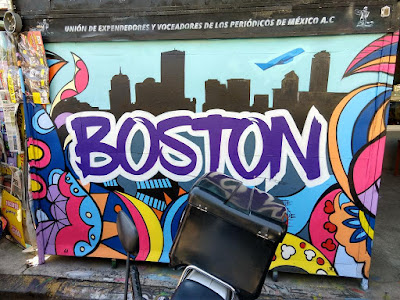 When you look at the lower right corner, though, you'll see: 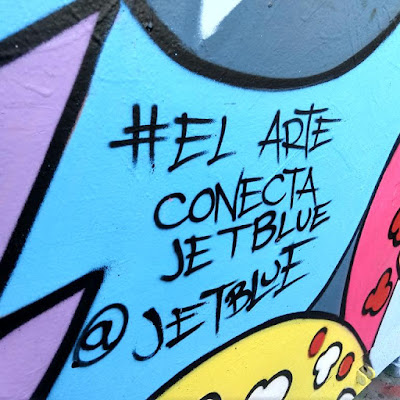 (I hope none of you think of making murals like this in Tucson. Right now, the only commercial murals I know of are painted on the side of the building that the mural is advertising. The mural ad here in Mexico City, though, was nowhere near the airport.)