Murals being made (but not finished!), part 48: Rialto Theatre on Toole?

As I drove by 191 East Toole on May 5, 2018, I spotted a new mural on the right side of the wall that faces the parking lot. It was only partly finished: 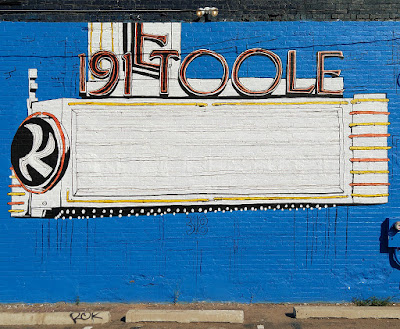 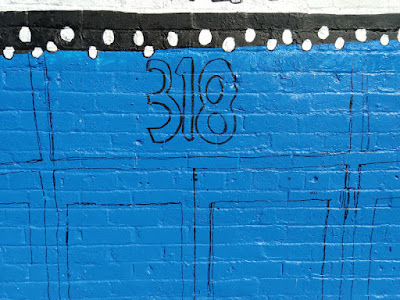 The 318 is actually the street address of the Rialto Theatre — which is a few blocks away on Congress, near the corner of Toole, at 318 East Congress.

I went back last week (the end of December, 2018) hoping to see the finished mural. But, as far as I could tell, it looked the same as it did in May. So I'll keep an eye on it! 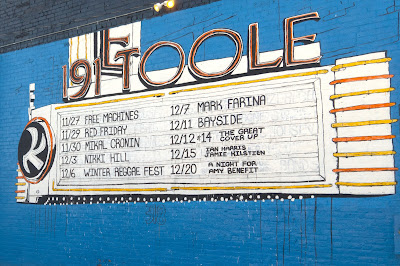 (There's a photo showing more of the wall in today's entry.)