In 2010, we posted a photo of a mural from the corner of 37th Street and 8th Avenue, in the city of South Tucson, in Yes to murals! — when the building was owned by Tucson Urban League. At some time in the 11 years since, the building became a school. The school has murals on the walls along 37th Street, from west to east, then along 7th Avenue from south to north. There's also a mural inside the wall, around the playground. Here's a view, looking northwest, from the corner across the street: 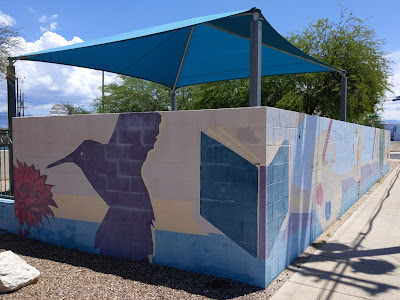 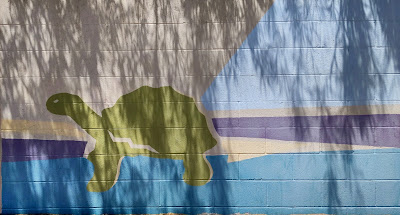 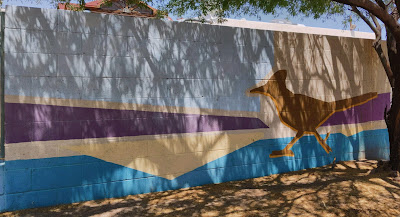 And the playground (photographed over the wall that runs along 7th Avenue):