"The mural has changed on the back of the Chicago Music Store downtown [Tucson] since the May 9th [2008] photo posting. Here is a shot of the new one." 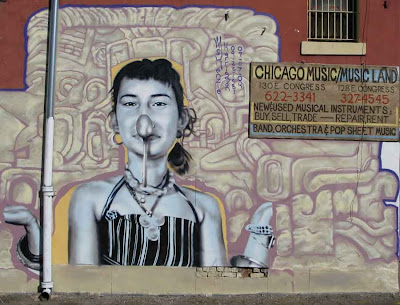 Update (September 30, 2012): The mural has been removed during construction.

Update (November 23, 2012): That's McKenzie Haggerty-Harrison in the mural. Here's more of the story.
Posted by Randy Garsee at 5:26 PM