Yesterday evening was the celebration of the Barrio Centro mural, on the long wall next to the Lucky Wishbone store at 2712 E. 22nd. (There are earlier photos in Murals being made, part 1.)

After speeches and introductions, it was time for the paper to come off:

On the left side of the next photo, in the white hat, is Michael Schwartz, Executive Director of the Tucson Arts Brigade and Lead Artist/Educator for the project: 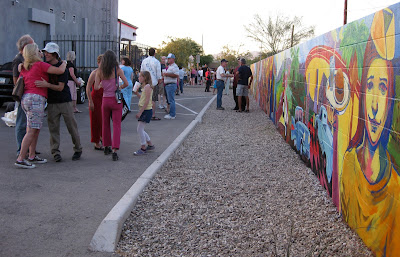 After the unveiling and lots of chit-chat, it was time to line up for food — from Lucky Wishbone, of course: 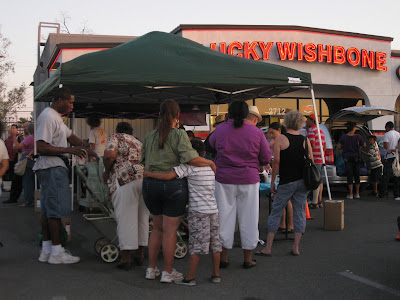