Sam Hughes school has a lot of murals, so it's a good choice for this 400th post on the Tucson Murals Project blog.

If you start from the corner of 3rd & Wilson, you'll find most of the murals on the north and east walls nearby.

Let's start on the north side, from east to west. I only spotted the second photo below when I came back a second time; it's hidden behind some heating/cooling equipment that was probably added since the mural was painted: 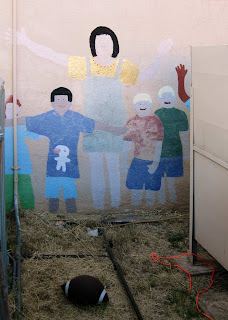 Now, the west wall — from north to south: 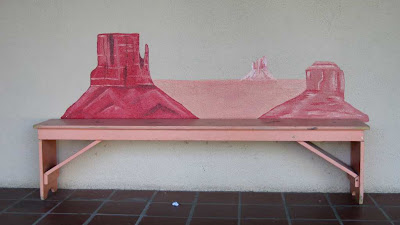 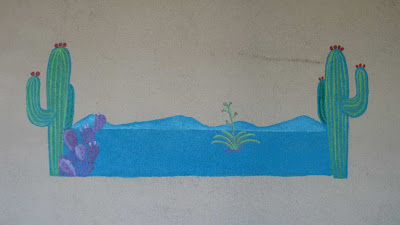 Wait, there's more! These next two sets of murals are on what looks like an annex building at the south side of the school: 27 little murals on the wall by the garden at the east end of the annex, and a few more by the door: 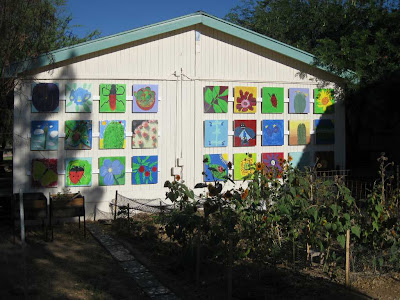