The new BLX (and the old)

When the BLX skate shop was at 7th & Toole Avenues, they had a different mural every month or few. Now that they've moved to 7th Street & Hoff Avenue, I'm not sure if they rotate murals at their new location. (The store was closed when I rolled by 426 East 7th Street.) Anyway, here's the mural I saw on December 29th: 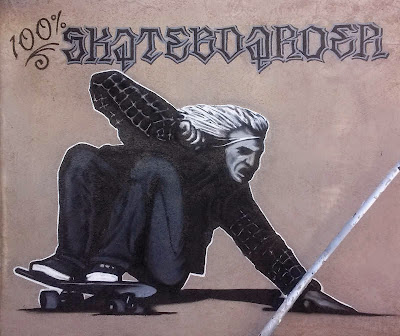 (The white tube is part of a support for a utility pole.)

In the meantime (Update: Friday, January 9th), the old location at 7th & Toole has a blank space where a mural used to be: 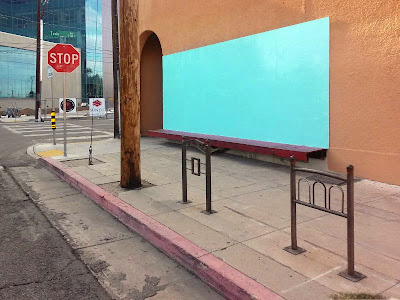