Let's start 2015 with a mural in a prominent spot: the corner of Speedway & Stone, across from Pima Community College. It was painted around a year ago or so, replacing a Dia de los Muertos mural.
All except the first and last photos are Mark Fleming's taken (according to the timestamp in the photo files) on February 16, 2014. I took the first photo and the last on September 28, 2014 (not long after Mark sent his photos... thanks, Mark!). 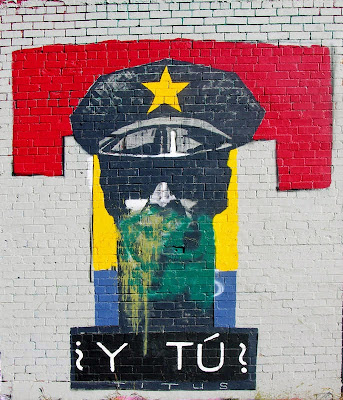 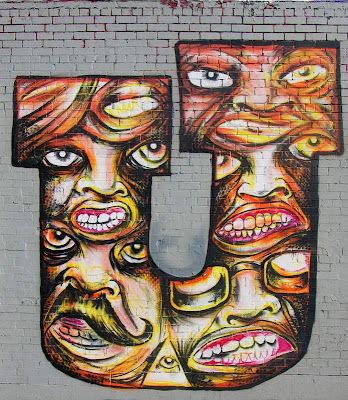 U by Donovan White 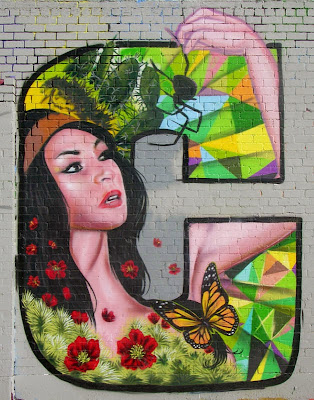 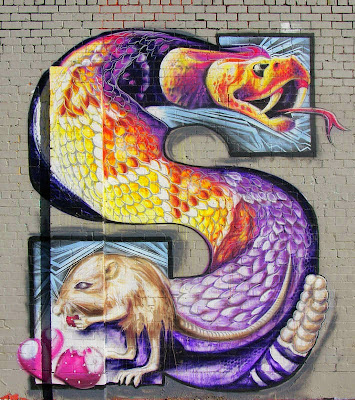 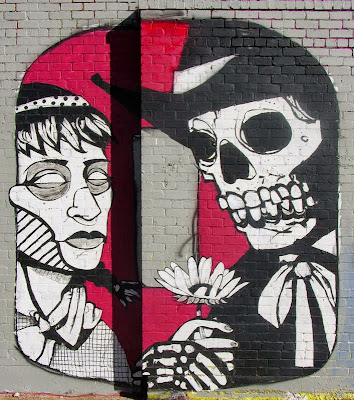 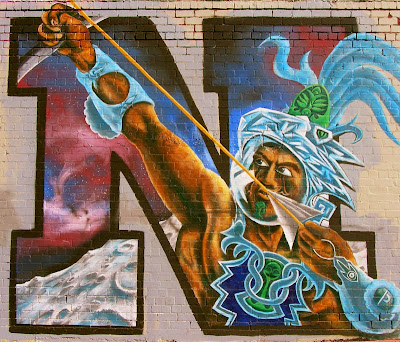 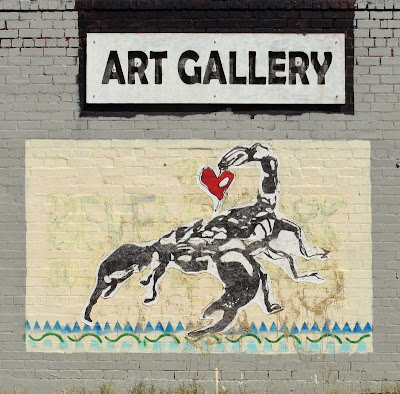 The figure on that last mural seems to be peeling off. It looks like a paste-up. (As always, you can click on a photo for a larger view.)

The artists' names and website links (except Rock Martinez’s) came from a Tucson Sculpture Festival 2014 page.