Murals being made, part 29c

Last Thursday's entry showed the Buffet Bar's mural partly-done; muralist Johanna Martinez was out of town. On May 5th, I caught her there, on scaffolding with a small version of the mural (covered with grid lines to make enlarging it onto the wall much easier): 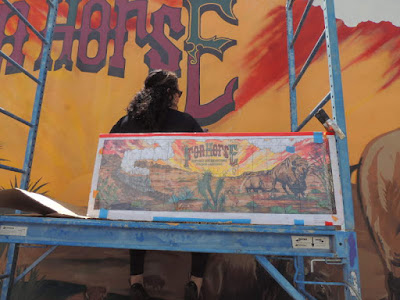 The E on the end of Iron Horse (named for the neighborhood) is coming together. Here's Johanna painting a leg: 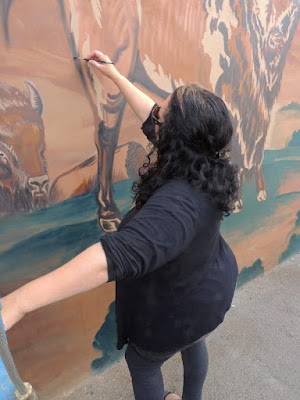 We'll wrap up this series next time in part 29d.