K42 Tattoos first appeared in the Tucson Murals Project on April 22, 2010.  Then, the only mural was on the side of the building.  Sometime after May of 2015, additional murals were painted on the rear wall of the parking area.  I photographed them on March 3, 2016.  Note: By 5/11/2016, the first mural in the series (the spider) has been painted over. 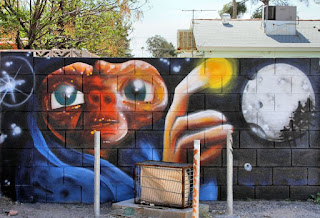 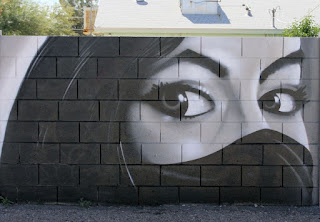 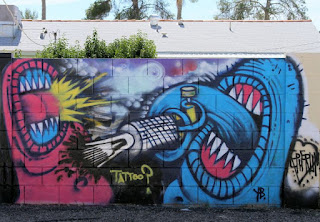 Click on any photo for a slide show of larger images.
Posted by David Aber at 6:01 AM