There've been several Guadalajara Grill locations in Tucson — three that I know of. One was Guadalajara Grill, showing murals by Joe Pagac at the Kolb location, on January 27, 2014. Another is the November 23, 2016 entry Guadalajara Mexican Grill on Broadway, done by muralist Jos Villabrille.

So here's the third, murals on the Prince Road location (just west of Mountain). These are from Ignacio Garcia.

Here's the front of the building, along Prince:

The left end of the building front, zoomed in:

The west side of the building: 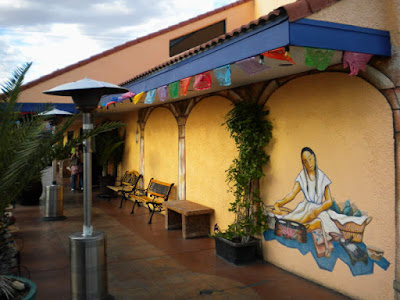 Near the left side of the previous photo, near the entrance door: 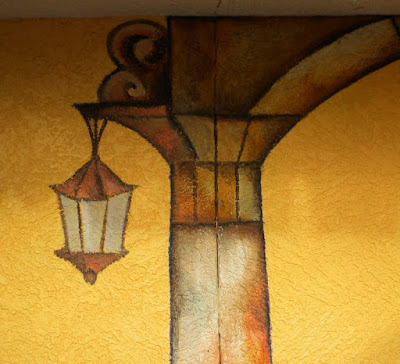 And at the right side of that wall: 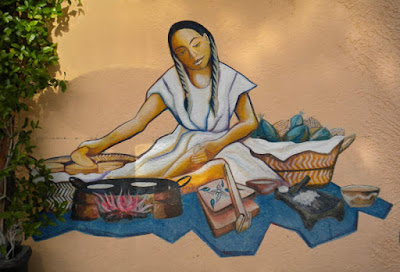