Ever been chased by a piñata? Ignacio Garcia's mural in the alley near The UPS Store on Sixth Avenue was inspired by a childhood memory of being chased by bulls on a family trip to Redington, Arizona. It's also the opposite concept of hitting a piñata, he said. Those quotes are from the This is Tucson article Downtown Tucson is getting 4 new murals this spring. The article also shows the whole mural from Ignacio's design, which is good because the narrow alley makes it just about impossible to photograph the whole thing head-on. 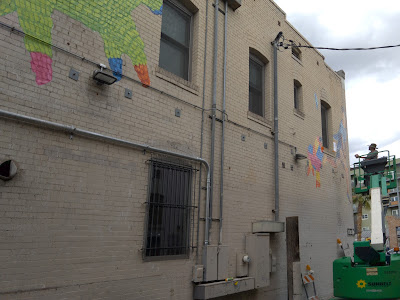 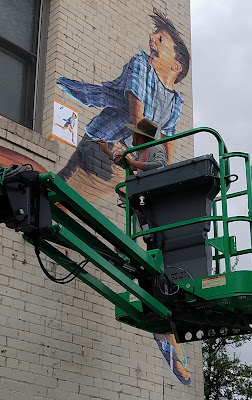 A story by KGUN9 TV, The making of a mural: what's in the works in downtown Tucson, says the boy is from a picture of Garcia's 8-year-old son.

Fast-forward to November 24th. Here's the mural, which was finished in the spring: 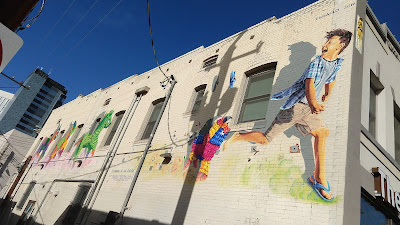 A couple of closer shots: 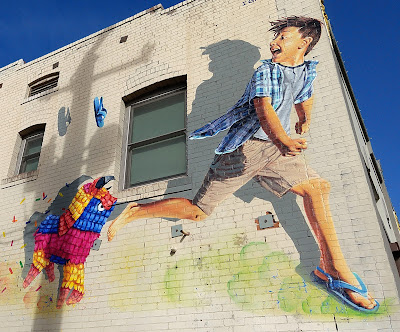 See how one of his flip-flops has flown into the air and that there's a shadow behind it? There's also a shadow of the power pole near the end of the alley.

And last, the credits:

Next time, the second of four from the 2019 Downtown Murals Project.