It was thirteen years and a day ago when my first mural photo appeared on this blog. I'd found the mural and, since I'd seen the blog, decided to send it in. As it turned out, Randy Garsee, who started the blog, was going to leave town; he made me co-editor without asking. (Clever guy.) Here's that photo:

Fast-forward to April 3 of this year. I turned off 22nd St. just past the railroad overpass to make a phone call. The mural, in front of me, looked much brighter. It had been repainted!

(I've brightened the mural, which was in the shade.) Next, closeups from left to right: 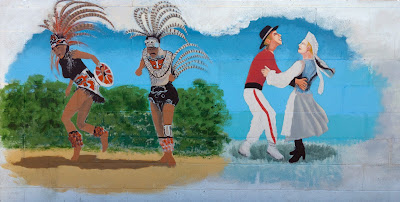 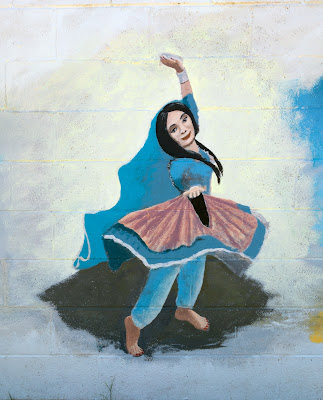 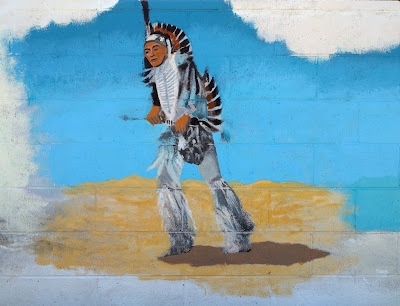 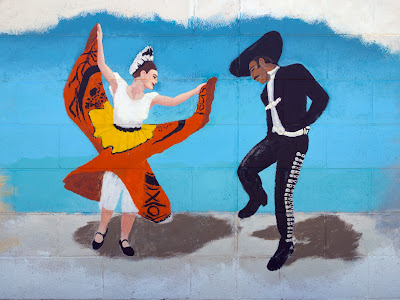 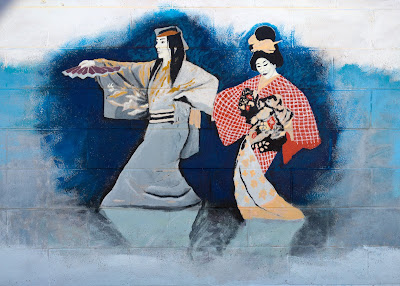 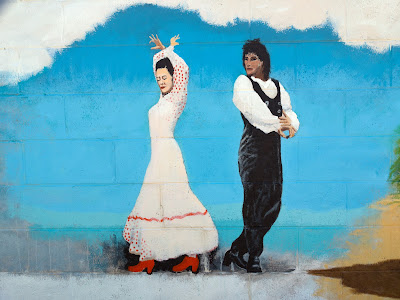 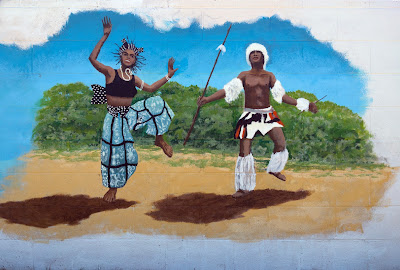 I'm guessing that the homeowner behind the mural is behind the repainting. What a gift to the neighborhood!