Youth on their Own

Near the southeast corner of Pima and Alvernon is a complex of two buildings with a parking lot between. It's called Youth on their Own. On the south side is their mini-mall, at 1642-B North Alvernon; an Isaac Caruso mural graces the north wall of that building with a young woman graduate and saguaro blossoms: 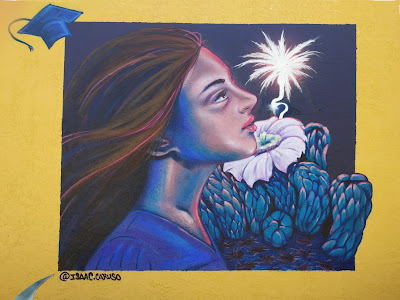 The north side has another building, at 1660 North Alvernon; a long wall stretches from it toward Alvernon. On the wall is a mural with the theme of blowing a seed off of a dandelion. It's hard to see the whole thing from a distance:

The right-hand end looks to me like a stylized flower. Next to it is a dandelion, with seeds floating toward the left end of the mural. Here's the view from the left: 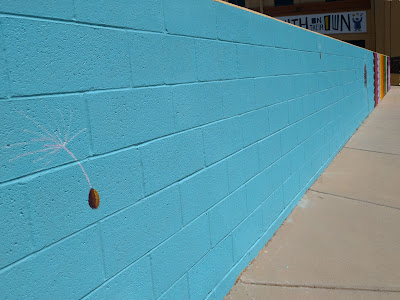 Next, the seed and the dandelion: 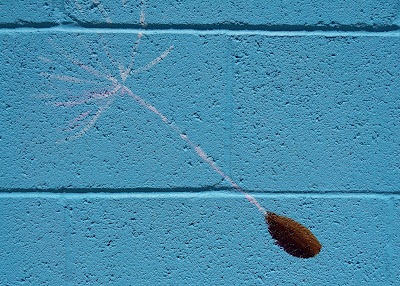 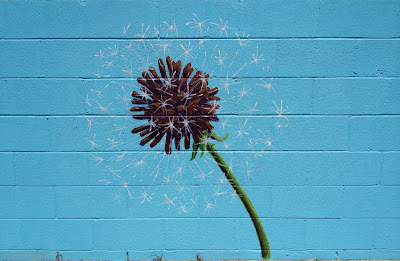 Nice, isn't it? It was painted by Porter McDonald; he calls it “Flight.”