197 East Toole all repainted (Murals being made, part 56)

The mural-covered building at the corner of Toole Avenue, 6th Avenue, and Alameda keeps changing and changing. That's especially true of the east side wall along 6th. (Here's a list of murals on that wall.)

Usually one or two murals are replaced at a time. This past summer, though, every mural was repainted or finished. (The muralists kept the image of Che Guevara from one of the murals and painted a new background around it.) Let's start with the latest murals (I think!) before the mass repainting, from left (January 2020) to right (December 2018): 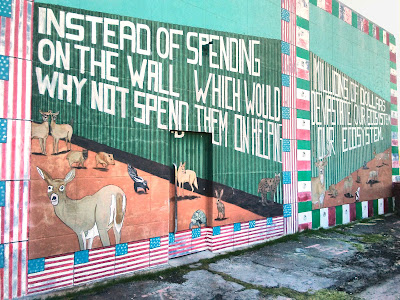 I never saw the third mural in the first photo, of migrants, finished.

At the end of July, I noticed the murals being repainted. I came back on August 3rd:

Here's the fourth of eight murals at sunrise on August 4th: 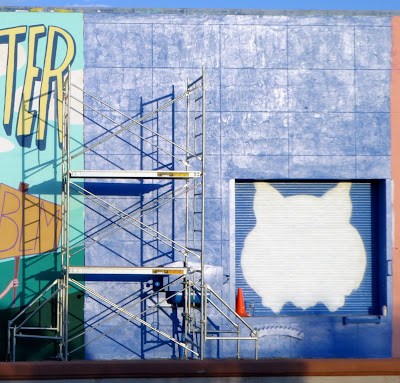 Next, a screen grab from the video Desert Delirium - The Surreal Murals of Tucson, AZ, by Rob Allen. He recorded it on August 9th. The mural at the far end is being finished:

On August 15, the blue square had a sort of wildcat (a bit different from the U of A's Wildcat): 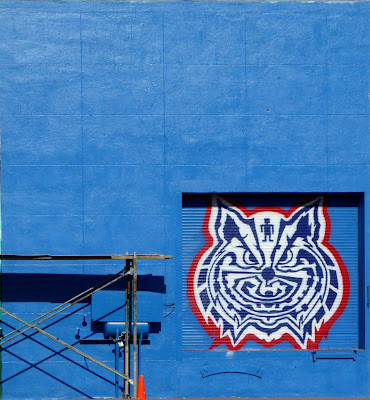 September 13th, I came back. The scaffolding was gone. There was a white square near the right end… maybe another mural is coming? Unfortunately, a car was parked in front. But I worked around it and took photos of everything except the white square: 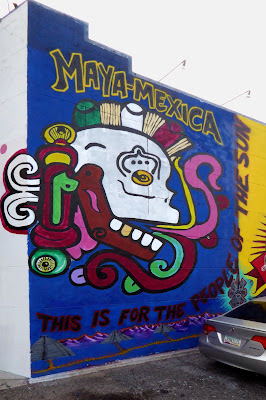 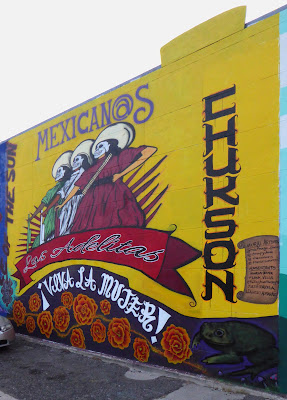 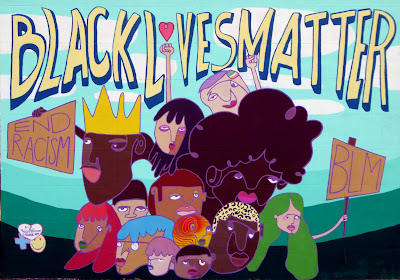 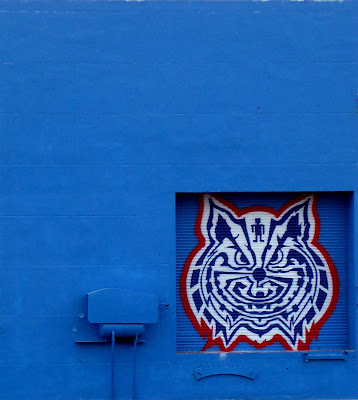 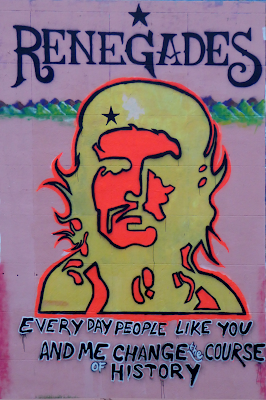 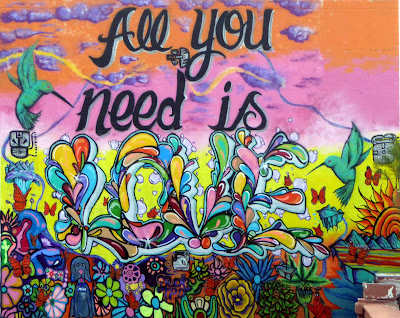 This page from Corazones Unidos at Raices Taller 222 Gallery & Workshop will probably disappear when the exhibition ends: https://www.raicestaller222.com/copy-of-javier-valenzuela. So use the artist names:

Studio ONE Painted during the time of coronavirus, this mural was completed by our good friends, compadres, and comadres down the street at 197 E Toole Ave in Tucson: Studio ONE – A Space for Art and Activism. Participating Artists Paco Velez Anzueto, David Contreras, Chris Miller, Ses One, Crystal Triste, and assisted by Akasia Oberly and Vier Oner