A: Look at the bottom left below. The red box marks an SUV in the parking lot under the mural:

For another perspective, here's an aerial photo taken April 25 by BG Boyd Photography (thanks, BG!): 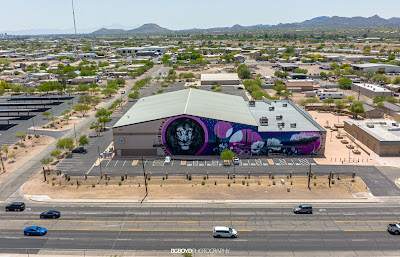 Next, a photo of the blank wall from @joepagac on Instagram, February 14. By comparing it to the photos above, I'd say it's showing less than half the width of the wall. And if you look closely, you'll see a tiny person in the middle at the bottom. That's Joe:


I stopped by on February 21 and was lucky to find Joe there, just starting to paint: 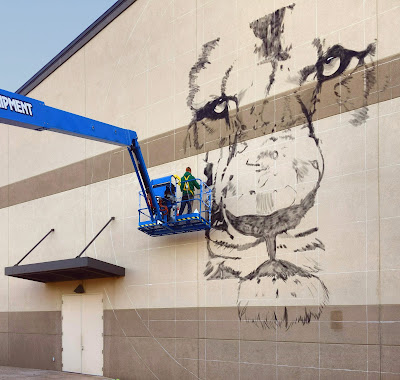 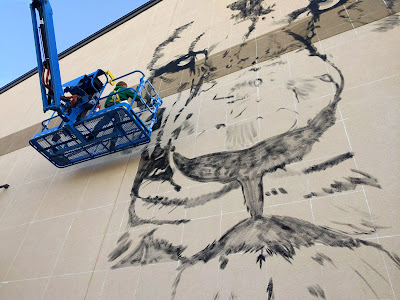 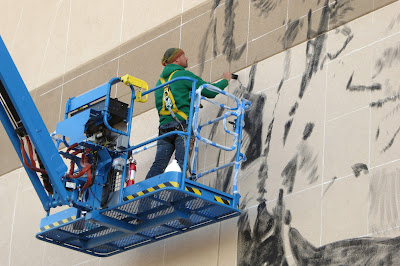 An Arizona Daily Star article said he planned to finish around mid-April: Tucson artist Joe Pagac works on his largest mural yet.

On April 6, Joe's Instagram had a photo of volunteers painting:


I came back on April 27th to see the finished mural. Here are photos from roughly left to right: 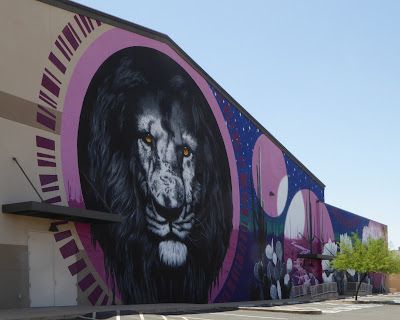 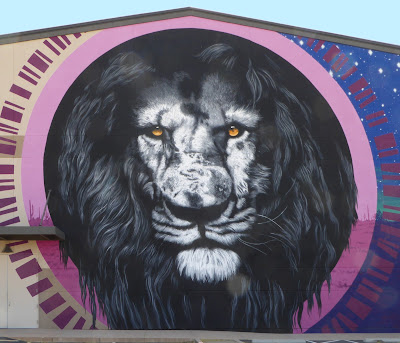 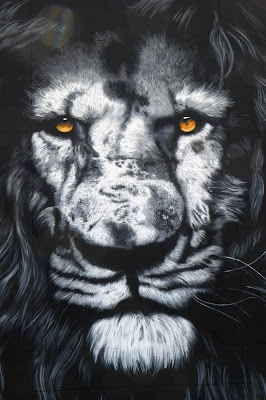 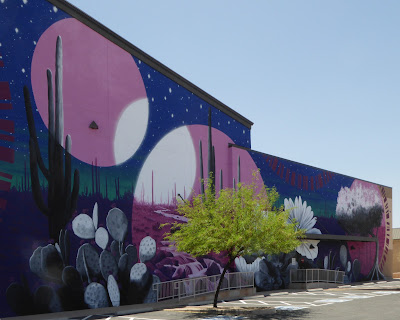 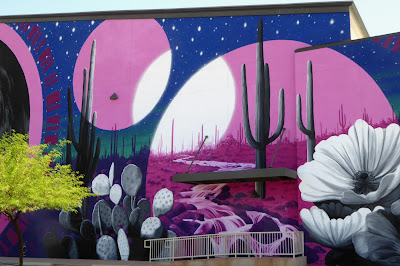 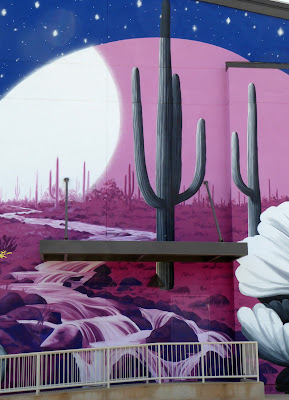 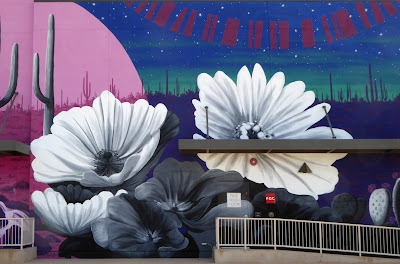 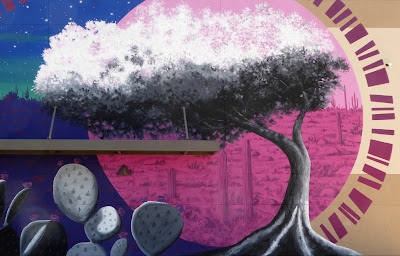 When I stood next to the prickly pear at the bottom left of the photo above, I noticed that Joe used loose brushstrokes, as you'll see below. When you stand back a ways (which is normal for such a big mural!), the brushstrokes look just fine: 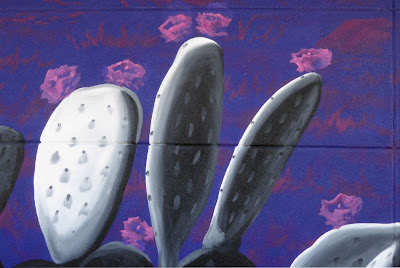 I'm always interested in how muralists deal with parts of the building like doors and pipes. For instance: 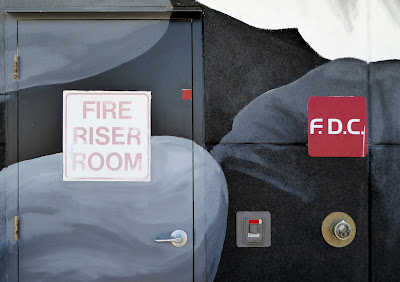 Next, looking in from the right side and at the middle: 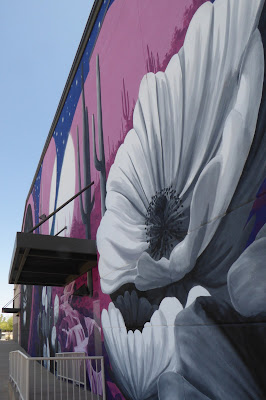 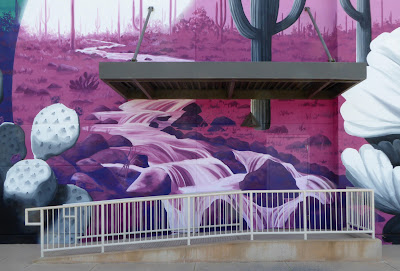 The signatures of Joe and his crew are hard to spot. Usually they're at one end of a mural. In this case, they're below and to the right of the lion. I've highlighted them in the first photo: 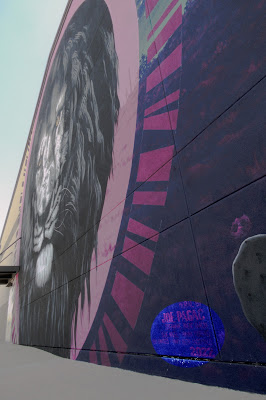 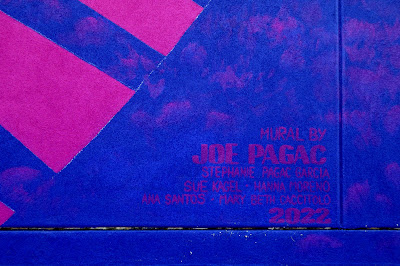 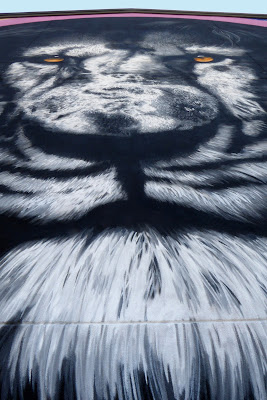