Last week, Philadelphia mosaic artist Isaiah Zagar led a team of volunteers to put up the first of a planned series of murals around the University of Arizona. The theme is kindness, and the murals should eventually stretch along University Blvd. and Fourth Avenue into downtown. The idea came from Ben's Bells founder Jeannette Maré-Packard. This first mural wraps around walls on the north side of a parking lot on Tyndall Avenue southeast of the corner with University (the back sides of the Campus Athletic store):

A closer view (two people; the one at left is wearing a hat): 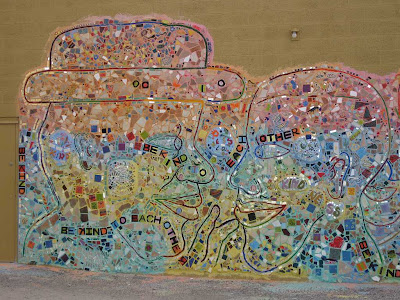 And a closeup of the separate mural at the far right of the first photo above... I count at least three (or five?) animals in it: 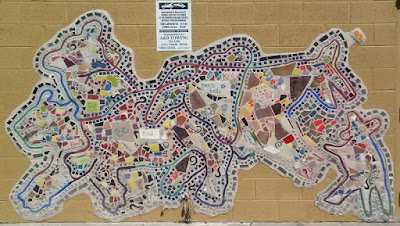 Part of the mural are pieces of mirror. Stand close to see yourself and the scene behind you: 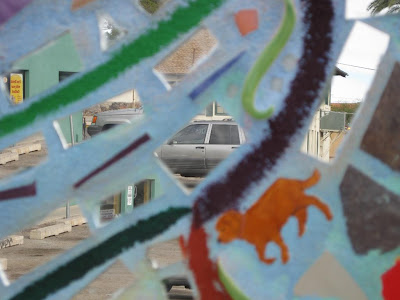 Update (May 13, 2012): There are new kindness murals in the works. See our post from earlier this morning, Kindness, part 2.