Almost five years ago — December 13, 2009 — we showed the First mural in "kindness corridor" near the UA's Main Gate. Ben's Bells has been adding murals around town since then.

A bit farther east — a few steps from the right side of that mural we showed five years ago — are more murals. They're on the southeast corner of the building just south of University, along Park: 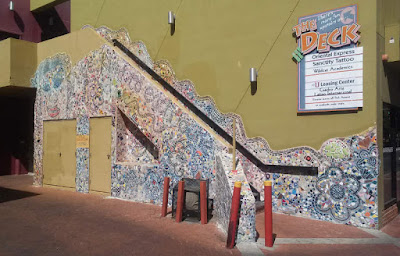 At the left edge of that photo, underneath the stairs, is this mural with two or three faces and “Be kind to each other” written twice, once from left to right and the other from right to left, backwards: 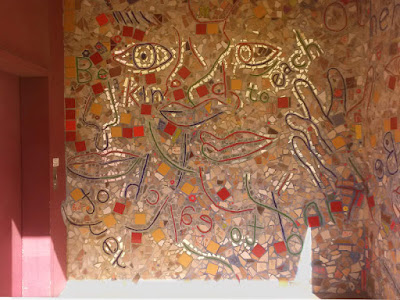 And here's a closeup of the face at the left side of the stairwell: 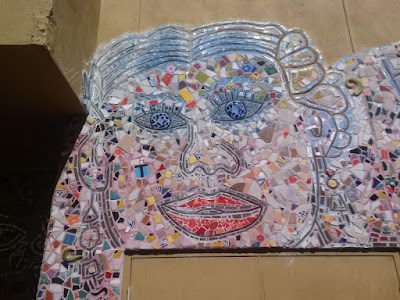