What's on (at) the Rialto

At the end of last year and the start of this one, the Rialto Theatre had a Sonic Youth concert mural on their wall, greeting people driving into downtown from the east. That mural couldn’t last forever (we hoped). On a ride into downtown today, that mural had been replaced by two — for the George Tnorogood and Ozmali concerts in March: 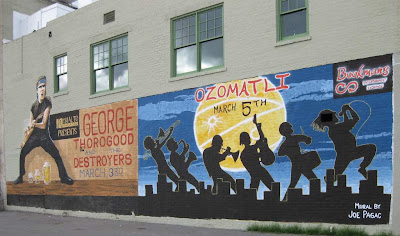 The mural is signed by Joe Pagac. Thanks to the Rialto and Joe for giving us something to look at as we sit in traffic coming into downtown.

But that's not all. Next to that mural, just a bit south, is this skull mural next to a side door: 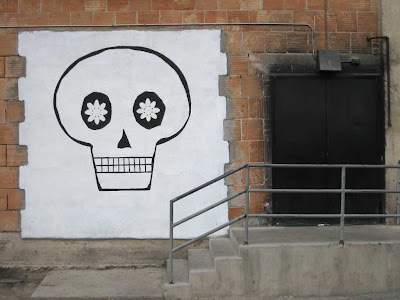 (And then there's the mural on the south end of the wall.)
Posted by Jerry Peek at 3:16 PM

saw this last week and took a photo of it