Last Sunday, I made a quick visit to see the artists drawing at the Park Place Chalk Art Festival. Then, on Tuesday, I came by on my bicycle around 7:30 AM to see the finished works. There were just a few people around, so (I realized after a few minutes) I could lay down the chain barriers around the bigger works to get better photos.

I'll start with the bigger works along the north side of the mall — and give each artist's name after their work: 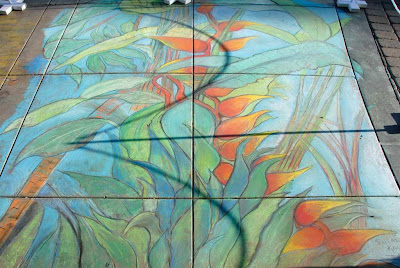 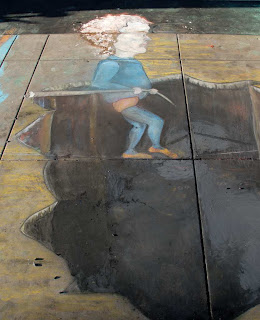 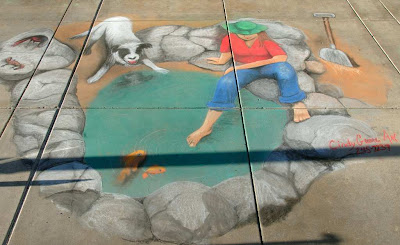 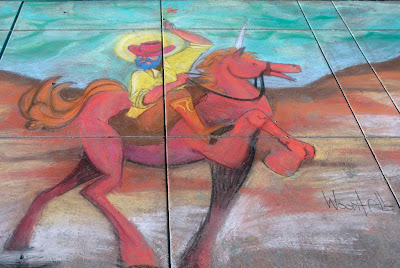 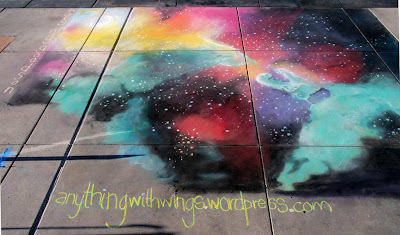 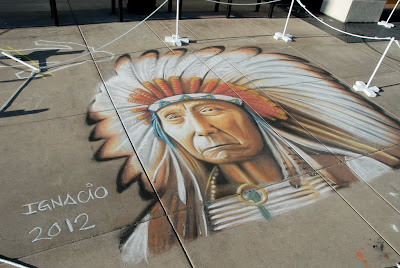 Jose Ignacio Garcia
Chris Leon (too wide for my camera, so I snapped it in three sections) 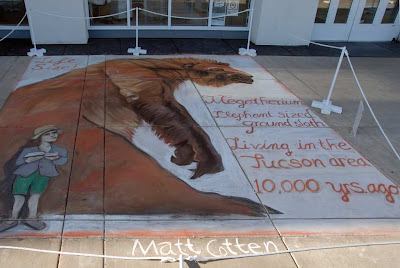 Martin Quintanilla
Toward the west end were smaller works — mostly, I think, by kids and others who just walked up and started to draw. There were hundreds of them! Here are three that caught my eye:


The long walkway to the mall entrance... 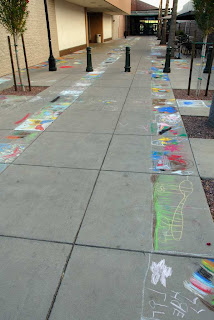 ...and a 12-minute HD video. I took it as I walked along the rows of murals above. (If you can't play it from the window below, you can try opening the video directly from YouTube.)

thanks for sharing your pictures of this event, I had hoped to drop by to see it but ran out of time. Pretty amazing what they can do with chalk!