The Tucson Arts Brigade has brought a lot of art to Tucson. Three of their recent projects were the Barrio Centro mural, repainting Winsett Park, and the 29th Street overpass.

This coming Friday, September 21, is the grand opening of their new offices in the Historic Y. Here are the details. It's a beautiful building full of arts- and community-related people and groups. Stop by and meet the mural makers!

Speaking of TAB murals: Last week I rode by the overpass at 29th & Columbus. Several murals had been finished or tweaked since I was last there on March 14th. Here's an update. 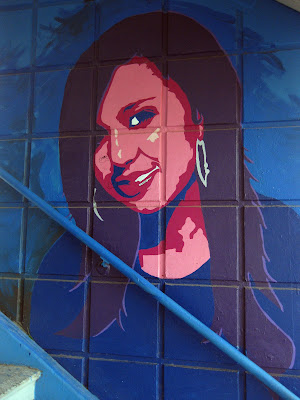 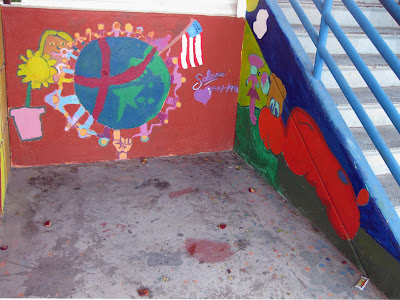 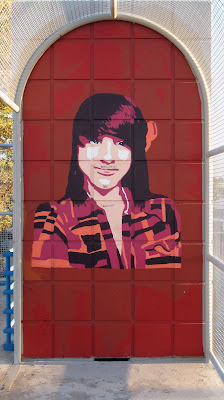 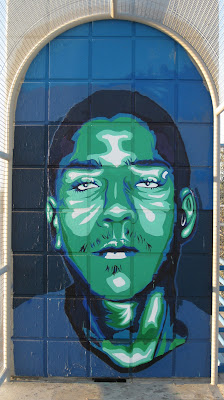 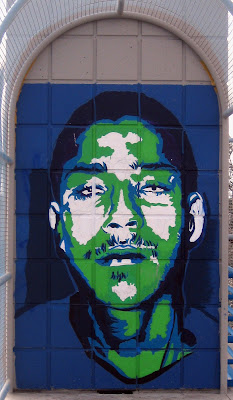 The west end of the bridge has its mural now — and, ironically, some tiny tags. One of TAB's goals is to turn destructive taggers into mural painters, but I guess not every one was on this project.
Posted by Jerry Peek at 12:01 AM