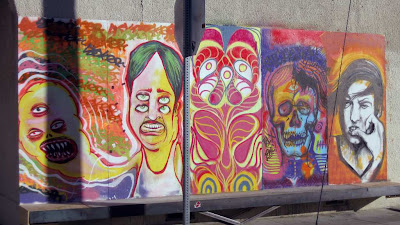 I found this mural on May 28, 2012 at the north corner of 7th & Toole, on the side of BLX. I roll by that corner pretty often, so I think the mural was painted not long before. (The dark bar near the left edge is an early-morning shadow.)