Back on December 1, 2011, I posted a photo of a triptych (three-panel) mural just south of Pueblo High School along 12th Avenue. It was one of a series of five triptych murals by Gail T. Roberts Studio around this southern Tucson neighborhood. On April 29 of this year, I hunted for the others. 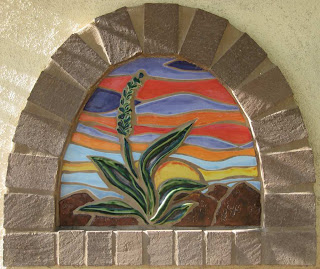 This mural, titled “Fiesta,” is at the southwest corner of 10th Avenue and 41st Street. The close-up shows the right (west) end.The end panels are similar on all four triptychs, so I won't show close-ups of the others. 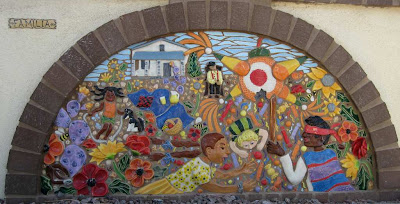 The “Family” mural is at the northeast corner of 12th Avenue & 44th Street. 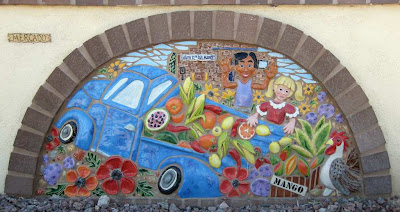