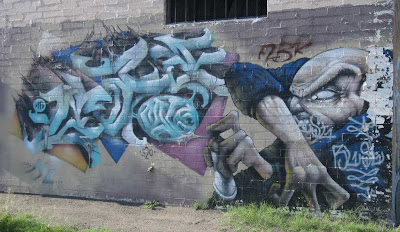 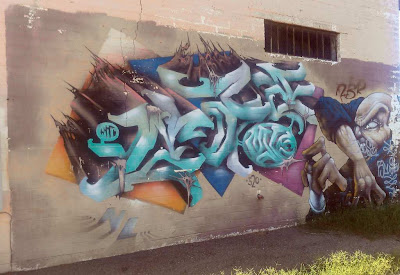 and the east wall:

I took the first photo on April 29th and the last two on September 16th. The second mural is on the back (west) side of the building.