Around the corner at Casa de Ladrillo 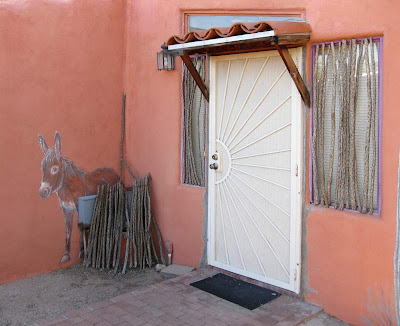 The ocotillo stalks that the burro might be "carrying" are an artistic way to cover what looks to me like an ugly electrical box next to the door.