The rise and fall of Oury Park's murals

More than eight years ago — July 13, 2006 — one of Randy Garsee's first entries on this blog was The Amazing, Fantastical, Beautiful Oury Park Mural. David Aber sent a recent photo of a part of this amazing mural. You can see the same part by looking at the last photo in Randy's post (above). Here are David's photo and what he wrote: 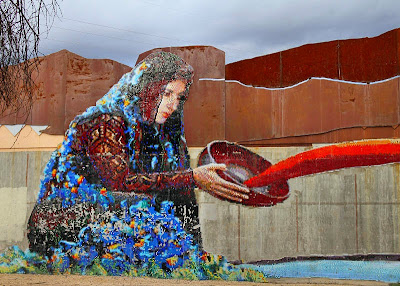 "Much to my surprise, I discovered it’s not a mural. It’s a mosaic.

"Attached is a photo by way of illustration. The years have not been kind. Many of the tiles have detached and fallen to the ground.

"It’s not really important to me whether it’s a mural or a mosaic. My larger point is the amount of time and effort that had to have gone into attaching thousands of mosaic tiles to such a large work of art. Why would they do that?

"If it was important to the artists and the neighborhood, why is it allowed to fall into such disrepair?"

I did some searching and found photos of the mosaic tiles and the making of the mural at Hozhographos Studio.

Last week, I stopped by the mural. Not all of the mural is damaged yet, but some sections are. I tried to contact Hozhographos Studio, but the email bounced back and the phone number listed on the website doesn't connect. What a shame! 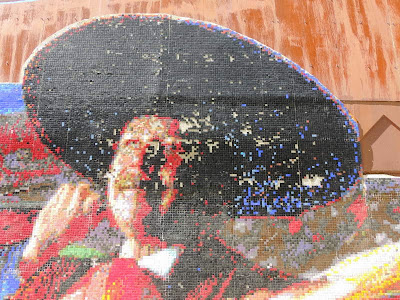 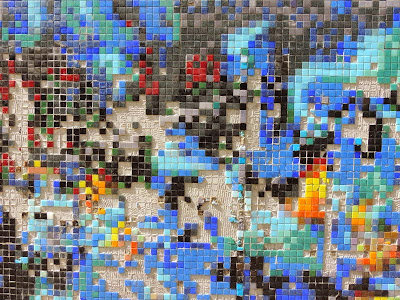 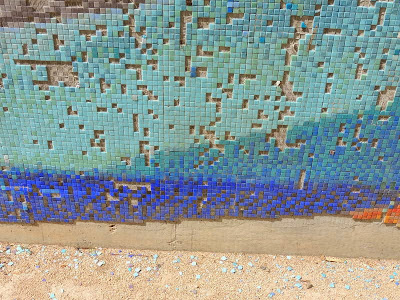 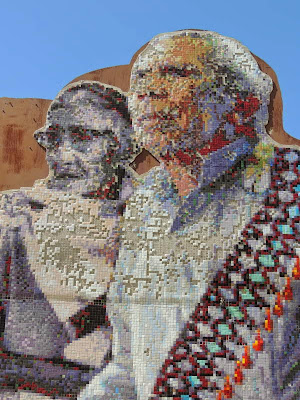 I've heard that TPAC is working on the problem.