Murals being made, part 26: Jeane Cohen at CCA

Philadelphia artist Jeane Cohen has been visiting Tucson this month to collaborate with Chicago filmmaker Carl Elsaesser. While she was here, she also painted a mural on the wall northeast of Central City Assembly. Thanks to Tucson Arts Brigade, I met Jeane and Carl and had the chance to watch her paint the mural — with help from Tucson artist Alice Glasser.

On February 10th, Jeane and Alice put a primer coat on the wall. Next, they used a projector to shine Jeane's design (printed on transparent film from her computer) onto the wall, where they used Sharpie markers to trace the design onto the new paint: 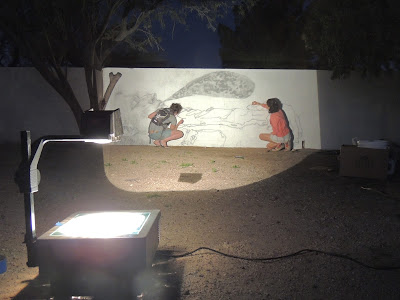 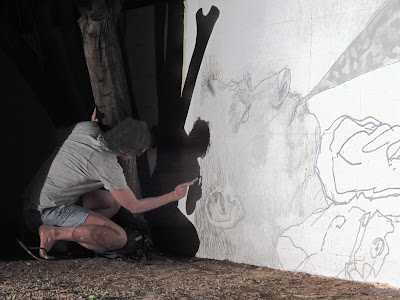 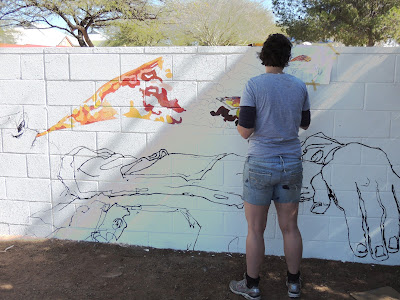 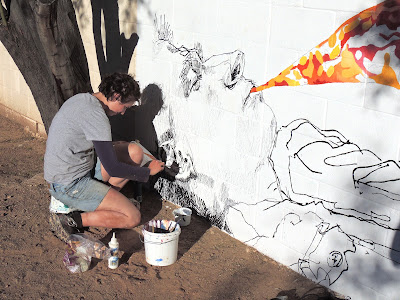 Here's the finished mural on February 15: