Murals being made, part 30a

Every so often, I'll come across an artist working on a mural, or I'll hear that one is planned. So I ask the artist if it'd be okay to take photos of the mural in progress as well as when it's finished. That happened on March 7, when I drove by a muralist with paint cans and rollers along Alvernon a bit north of Broadway. Of course, I pulled over to ask if I could snap a few photos. No problem, he told me. His name was Jason Cross: 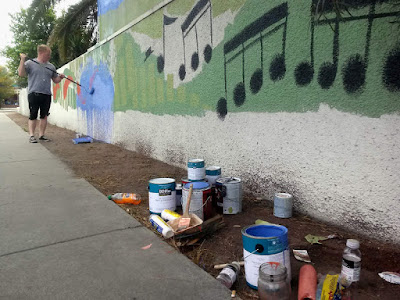 This was his very first mural. I gave him my card and asked him to send email when he was ready to paint more. As it turned out, I couldn't make that day (March 15th)… but I said I'd roll by later and snap some photos.

The mural was farther along but not finished. Here's a view of the whole wall, then photos of the center and right (north) end: 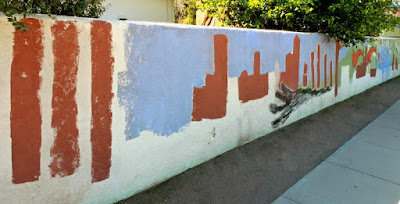 More — from much later — next time.