A Thursday lunch with Tineo

On a doctor visit at Banner – University Medical Center South (formerly University of Arizona Medical Center – South Campus) (formerly Kino Hospital) July 29th, I walked to the cafeteria for lunch. Past the cashier's station, I looked out the windows and saw… 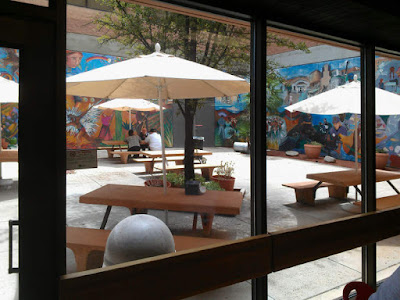 …a mural that wrapped around the outside patio. I was too much of a wimp :) to eat outside in late July so, after lunch, I headed out for a closer look. Here's the mural from left to right: 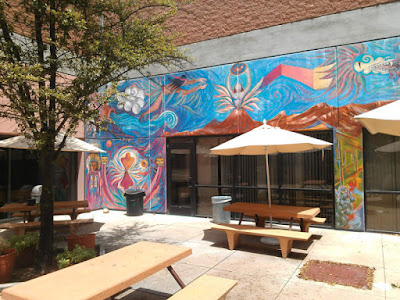 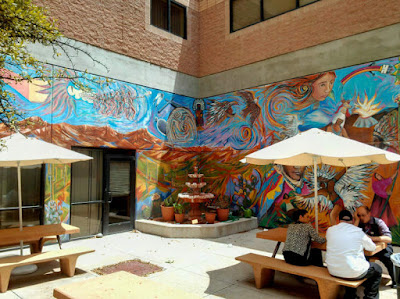 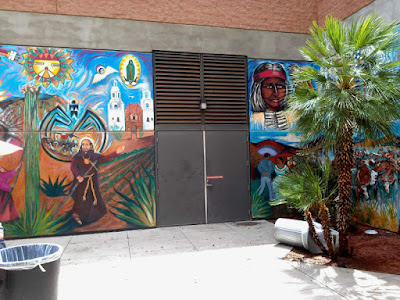 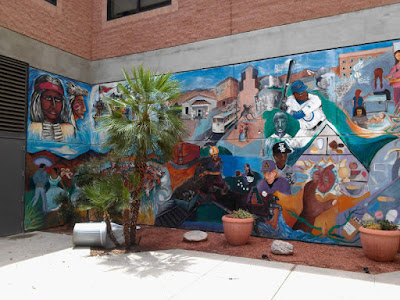 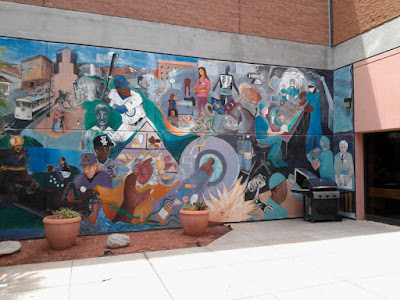 At the top of the right end (see the last photo above) is a credits panel: 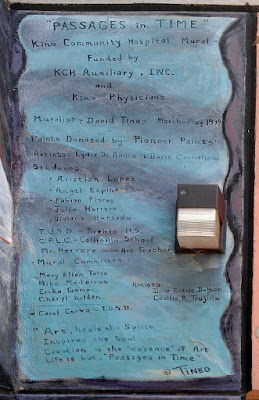 The mural is titled “Passages of Time”; it’s by David Tineo and seven artists (five of them students). I took that photo from underneath, then straightened it with the Perspective tool in the free Photoshop-like editor GIMP.

My food was good, too! If you're on Ajo around Country Club, you might want to drop in for lunch and art.