Part 1 of this two-part series showed the mural along the east wall of El Güero Canelo's South 12th Avenue parking lot… the first part of the history of this popular restaurant. The mural on the south wall shows the rest of the story (the story until the mural was painted, that is). It starts at 2007, so it isn't as long as the previous one (which started in 1961)… though it's still way too long to see while you're browsing this blog entry:

No screen I know of — except maybe in a cinema — has enough pixels to show the whole thing. So here's a link to David Aber's entire panorama. If it works on your computer or phone, you should be able to scroll through it from the left end to the right:

These first four parts of the mural have text with the story through 2012: 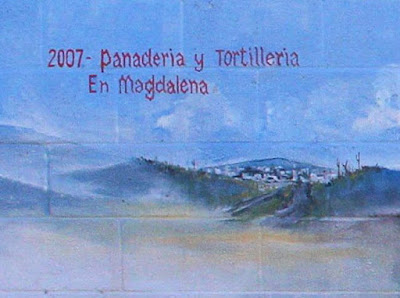 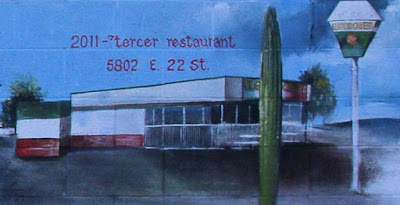 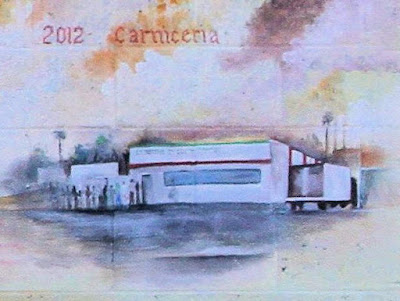 The mural finishes with three painted scrolls. The first and second have grass painted underneath; the trees at the right sides are real: 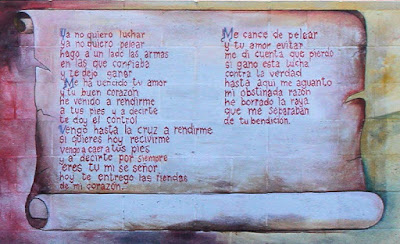 Thanks once more, Dave, for all of the time that you spent on this!