Three years of Mondays ago — January 21, 2013 — I posted photos of the mural by Sabrina Vincent — better known as the artist SLOV — on the wall outside her family's Tucson home.

(If you haven't seen that blog entry, I hope you'll click over! The mural was one of my favorites. And don't miss the links from that blog entry to the Arizona Daily Star article and to the photos of the mural-making, as well as the Portfolio section, of SLOV's website.)

Yesterday, as I drove along Columbus Boulevard — on my way home from a planning meeting of the Heart of Tucson Art group — by the way, their spring artsists' open studios tour will be April 9-10 — I drove by this familiar spot. (I know Tucson streets mural-by-mural. “Such-and-such mural is two blocks over there,” I'll think.) I did a double-take and pulled over right away to take some photos.

The left side of the old mural — next to her garage door — is now solid blue-green. The new mural is on the side of her home along Columbus: 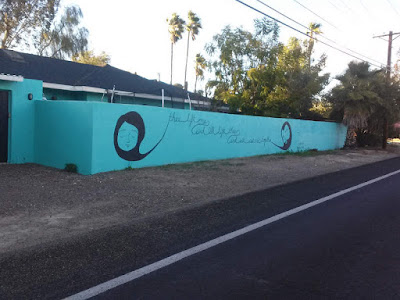 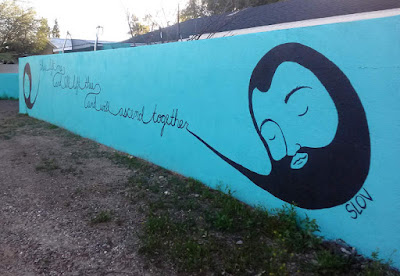 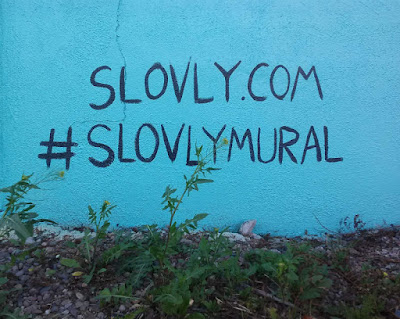 The words are: thee lift me / and I'll lift thee / and we'll ascend together.

Awesome! I drive by this mural every day!