Here's the second of two pages of murals from Mexico. I was in Mexico City for part of last month. (By the way, the official name for all of the Federal District, which includes Mexico City, is now CDMX. It's like the way we North Americans call the City of Washington “D.C.”)

Anyway, head south from the Pino Suarez Metro station. (This is a 15-miute walk south of the Zócalo, but it may be quicker to hop on the Metro.) From Pino Suarez, head a block west to Calle 20 de noviembre. Then walk south again. Just before you get to Calle Fray Servando Teresa de Mier, you'll find eleven murals on the storefront security barriers. (Of course, you have to go at night or early in the morning, while the stores are closed, to see the barriers.) Early on a weeknight, the area was busy with pedestrians and cars. We felt safe.)

Here they are. I took the photos by streetlight, so there are shadows at some of the tops. The first mural has a pedestrian's shadow underneath the heart… that seemed kind of appropriate to me, so I didn't take another photo. There's a second heart on a barrier that's surrounded by (real) balloons. A couple of other murals have a planter between them. 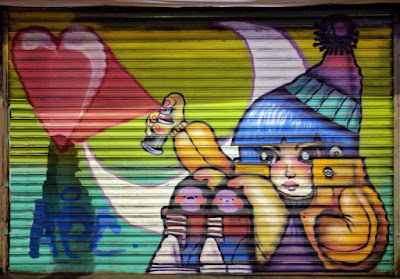 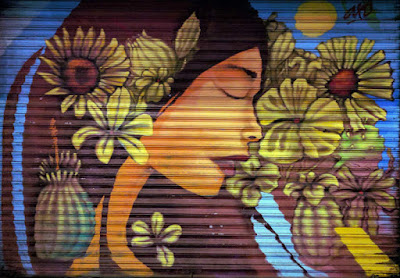 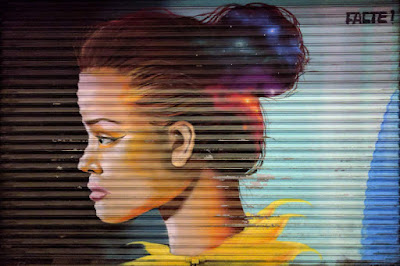 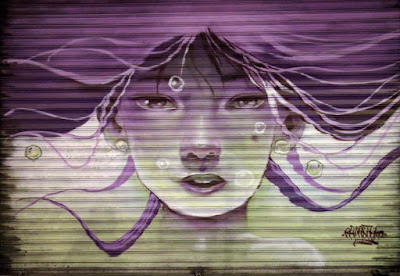 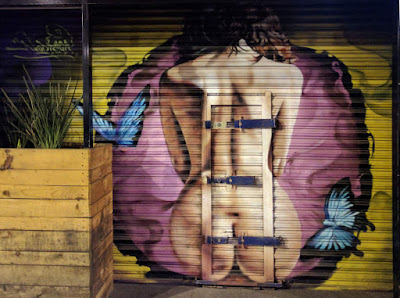 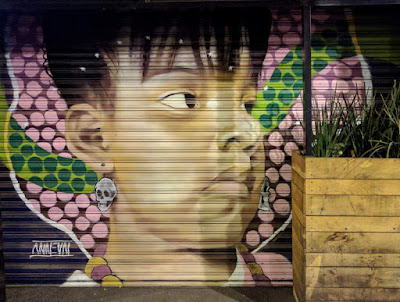 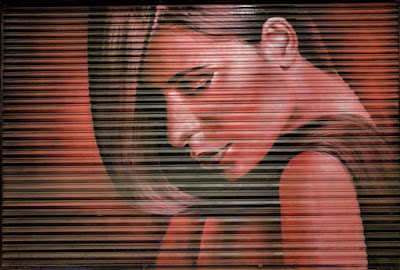 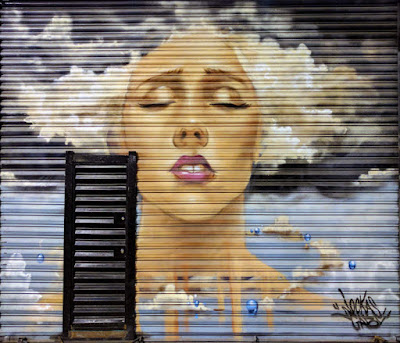 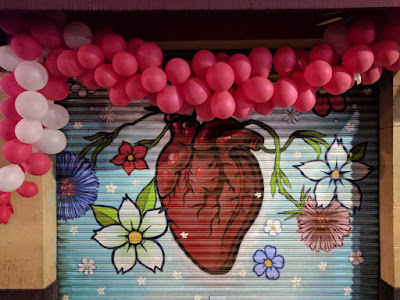 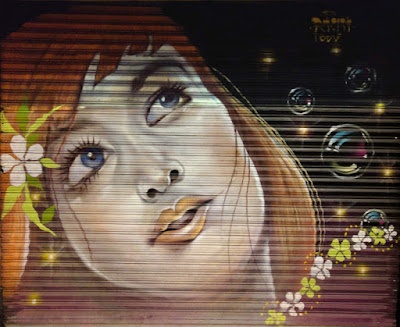 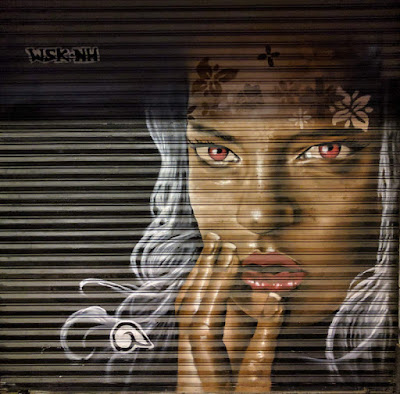 The acronym CDMX gives me a feel of this vibrant, art-filled city. It's not all as beautiful or as safe as this central area (typically) is. But, if you ride one of the city's Metrobuses, trolley buses, or colectivos (shared-ride vans) — or flag one of the pink-and-white official CDMX taxis — in an area that's not gorgeous and stately, I'd bet you'll see public art, and artful graffiti. (The autopistas — freeways — are lined with it as you enter and exit the city.)