A year and a half ago, we published a photo of the Rock Cyfi Martinez’ twilight mural on the north wall of Sky Bar. On April 3, when I came back to photograph the mural on the west wall, I took a closer look at Cyfi’s mural:

Next, a few closeups… 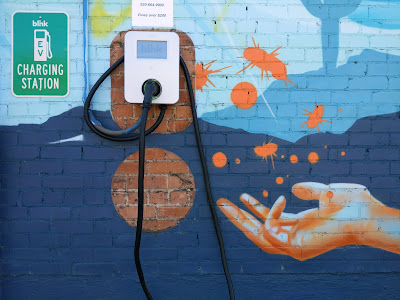 I noticed that the mural has changed around her left hand. Here's a closeup from David Aber's 2018 photo: 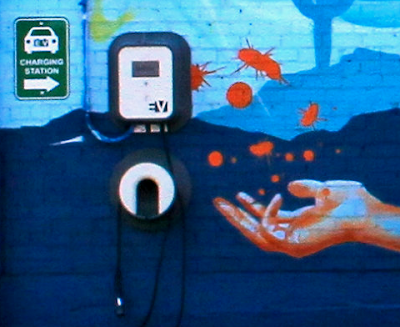 It looks like the car charger has been replaced. (The brick circles match the circles in the rest of the mural. Nice, eh?)

Here's a fun tiny section of the mural: 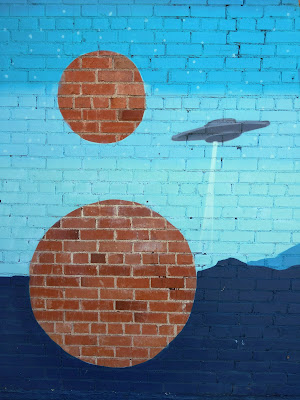 And his signature at the top right: 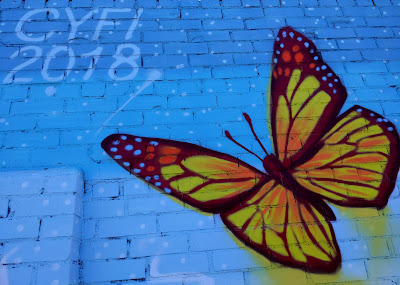