Three blocks from the pedestrian exit of the main border crossing to Nogales, Sonora, is Callejón Morelos, an alley lined with curio shops and a few other businesses. From Campillo, the first east-west street beyond the plaza south of that exit (see the map below), this is the view: 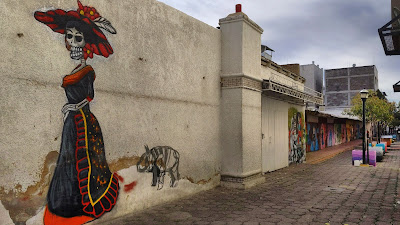 Here are photos of the murals that line the alley, along the left (east) edge in the photo above, then returning along the right (west) edge: 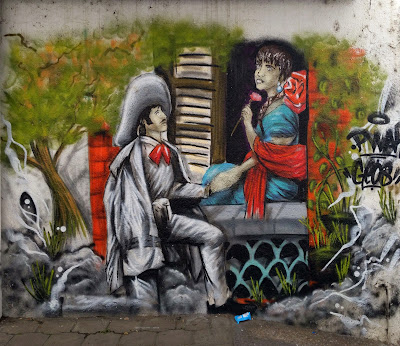 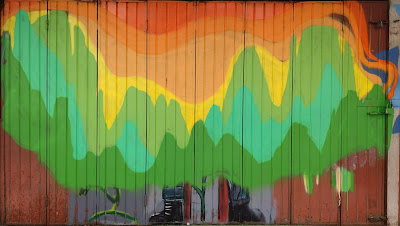 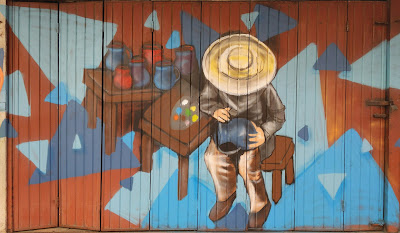 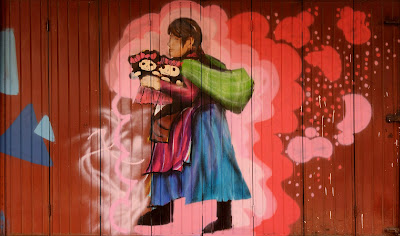 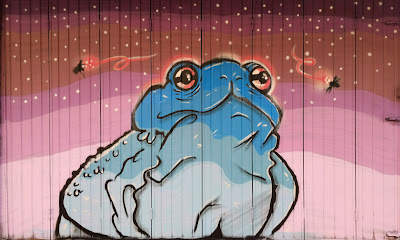 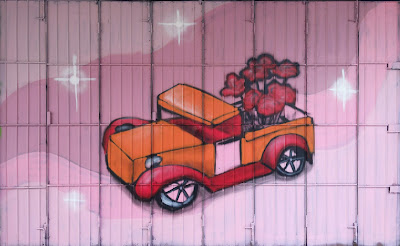 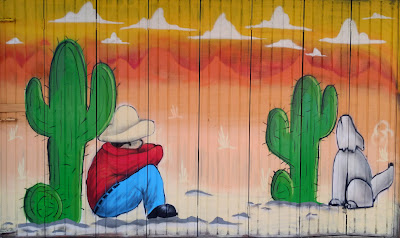 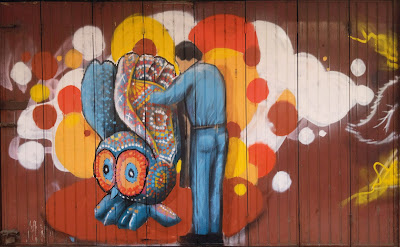 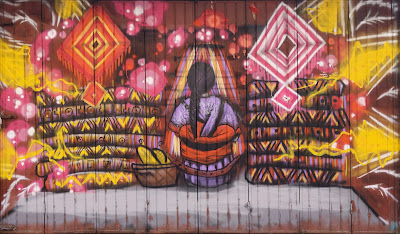 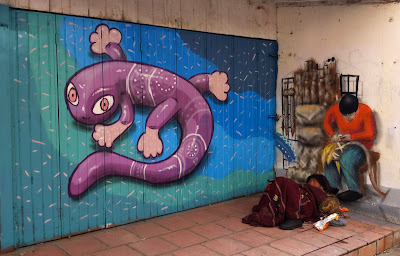 (I was there really early. Someone was asleep in that nook. I blurred their face.) 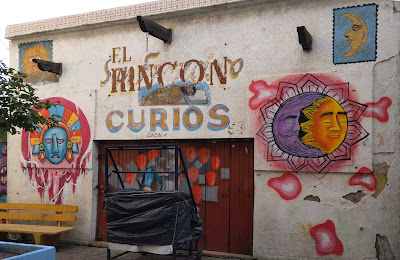 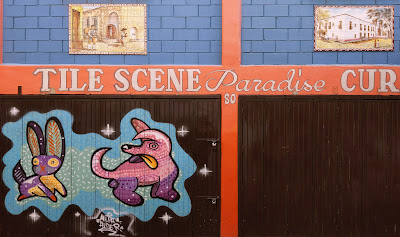 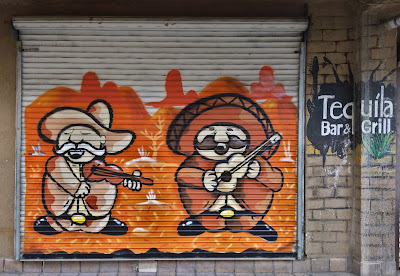 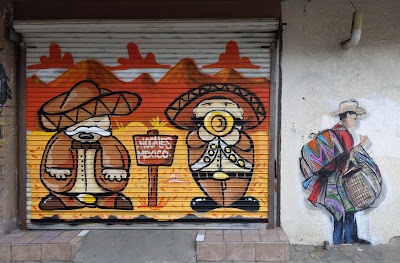 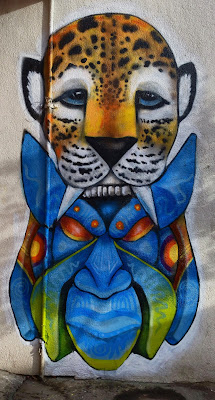 The murals are painted on the doors to each of the shops. Come early to see them before the shops open.

Google Maps doesn't list Callejón Morelos. Here's a map with a red pin in the alley:


I walked through on February 19th.