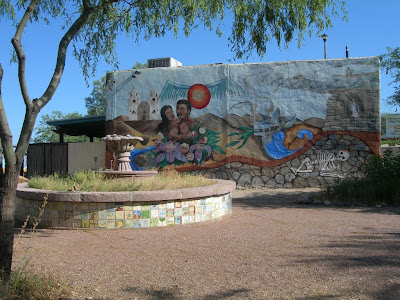 Next to the El Tiradito shrine is the La Pilita Museum at 420 South Main.

Update: the major mural is gone — temporarily, at least. It was taken down in summer 2010 during construction work on the building. But here's another mural, in the building's back yard, snapped by Melo King in October 2010: 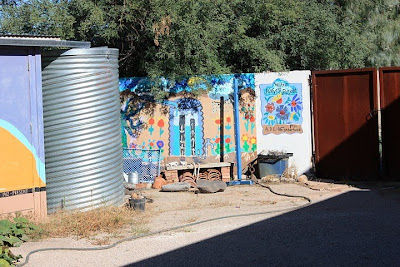 Update (May 28, 2010): The re-painted mural is almost finished. The new design is somewhat different.