The former mural under the Hotel Lewis sign has been gone for several years. (You can see some of the vacant space in the first two photos below.) Late last year (2016), I noticed (couldn't help but notice!) a new, much larger mural just to the right of the old sign (which was still there, even more faded than before). I was super-busy then, so I waited until the dust settled (old joke… The dust never settles in Tucson…) — and parked in a no-parking zone along the Arizona Avenue alley to grab this photo on January 19, 2017 (with a trash container covering the bottom of the mural): 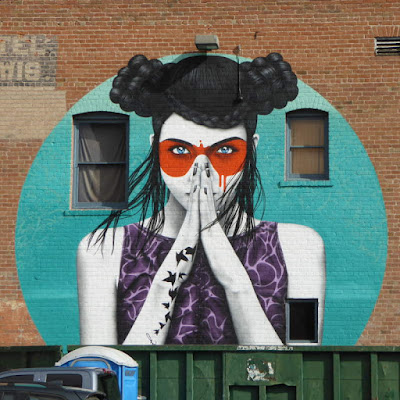 As Mark Fleming reminded me by email a couple of weeks ago, he had taken detailed photos of the same mural on December 10th. Here are his: 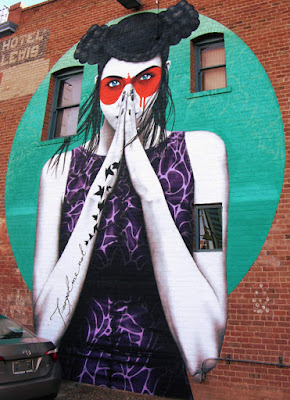 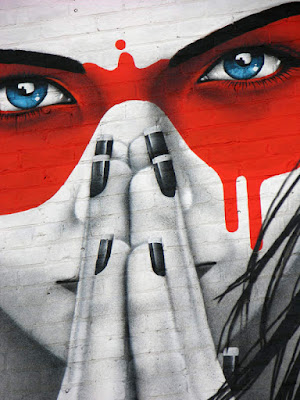 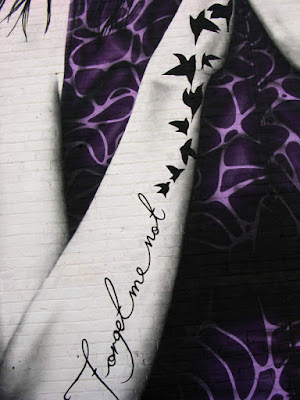 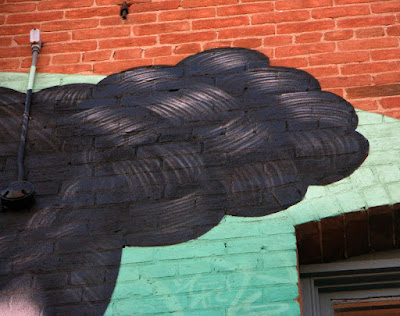 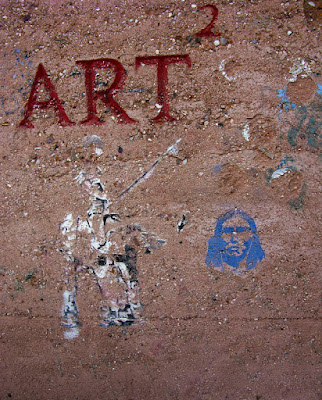 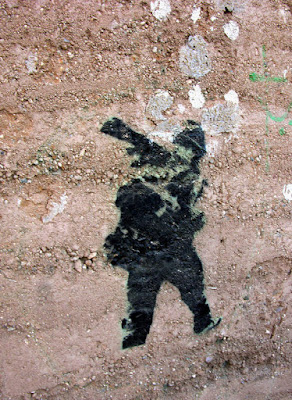 I found an photo of the old Julian Drew Building and Lewis Hotel, 178-188 E. Broadway Blvd., taken in 2004. It comes from Peg Price's Historic Tucson gallery on PBase.

today I posted my photo of the Vergiss mural on my blog. I referenced an article about the painting of it and an online lit mag with a cover. just thought you might want to add those refs to your post.