A week ago, we published Artistic gift to neighbors and passersby — a series of murals that a Tucsonan named Kristin commissioned along one side of her home. She invited me to stop by and see the murals myself. On October 8th, I did.

Here's the view south from Kennedy Street along Rubio Alley (a.k.a. Rubio Avenue): 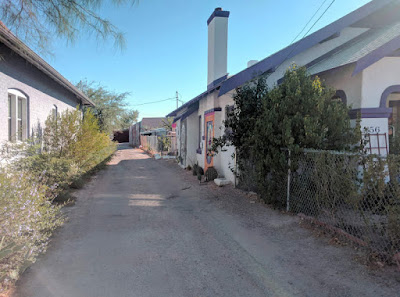 I walked along the alley and found more murals. They're facing the alley, so I'm pretty sure they aren't private. From the back (south), looking toward the front side at Kennedy Street: 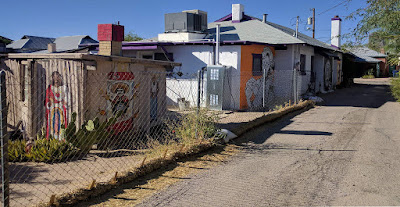 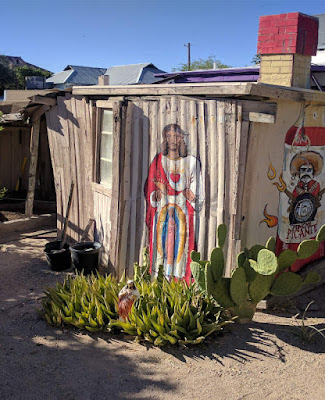 Don't miss the statuette in the agave patch at the foot of the above mural: 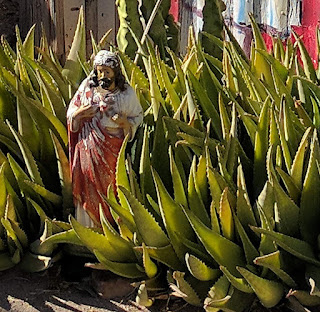 Here's the east side of that shed: 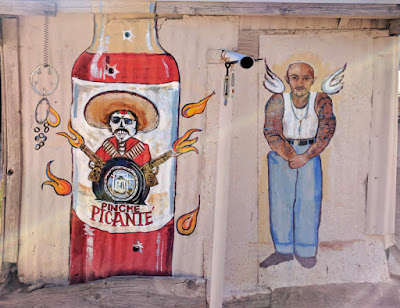 I walked back up the alley and back toward my car, which was parked along Kennedy. On the west side wall of her home was another small mural: 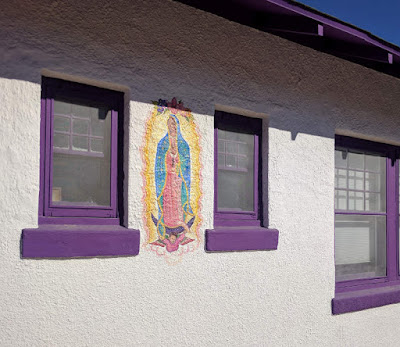 Thanks again, Kristin, for your artistic gift to neighbors and passersby!