Eight-plus years ago, I posted an entry here with a photo of the mural on the side of the (then) AccessTucson building downtown, “Girls Unchained.” In May, 2015, Access Tucson closed this building. It re-emerged as AT Community Media.

As of May 29, 2017, the building was for sale and its complex mural was fading. (That's partly because it's on a west-facing wall. The strong afternoon sun can be tough on murals.) I snapped a few closeups: 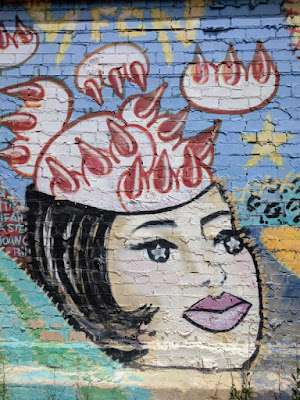 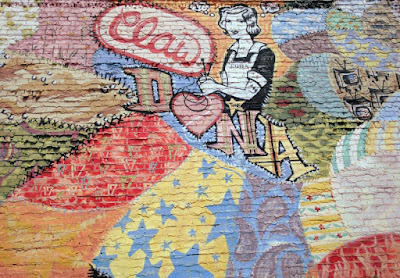 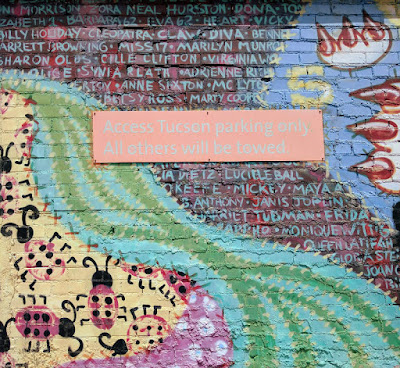 I searched Google for Doña, Claw, and Miss 17. A January 15, 2004 Tucson Weekly article explains that woman graffiti writers started painting walls around the world in the 1970s. One was Lady Pink. Women like Claw, Miss 17, and Doña followed her lead. You can see signs of all of them in this mural.

As of October 16, 2017, the mural was still there and the building was still for sale. I grabbed more photos: 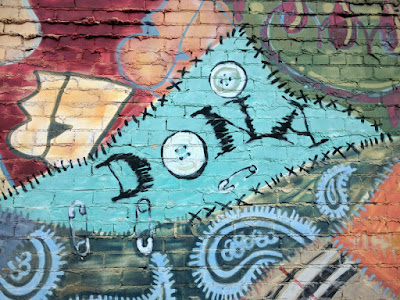 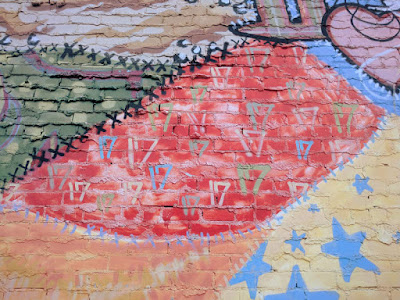 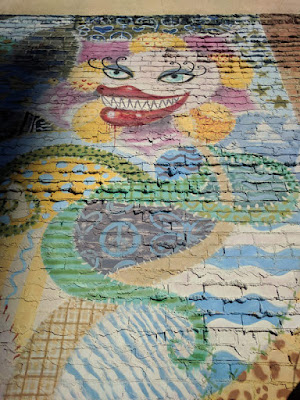 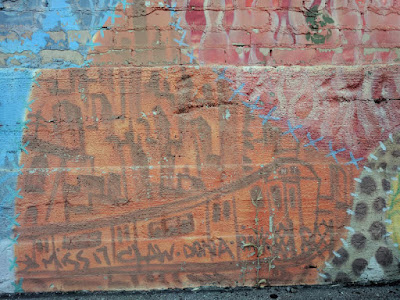 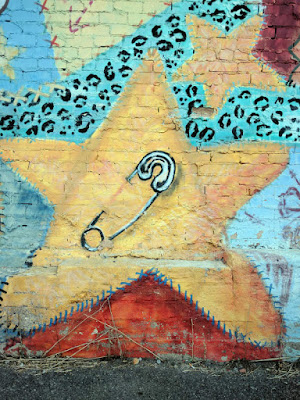 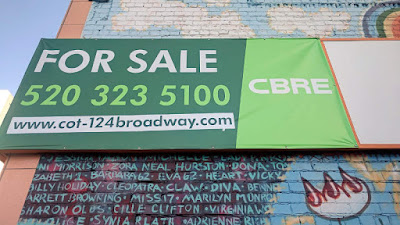