The Bridal Shop in black & white (and a barber shop too)

The Bridal Shop is actually on the east side of this building; the mural is on the west wall.

Next, four closeups from right (south) to left (north): 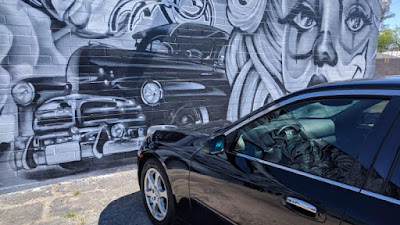 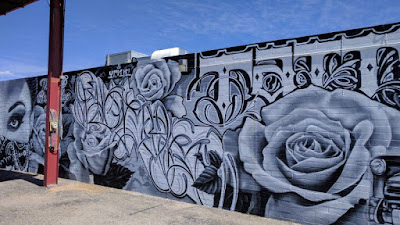 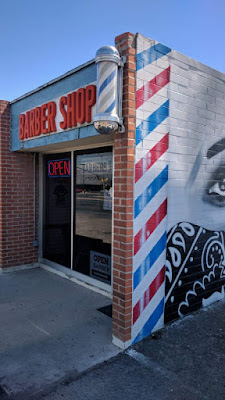 The left side is next to the entrance of a barber shop. The muralist cleverly painted a barber pole on that edge.