Back of the Lost Barrio

The Lost Barrio is a shopping area along Park Avenue south of Broadway. If you come in on 12th Street from Euclid or Tyndall, you'll see the back side of the buildings. It's a funky scene: a dirt parking lot with a bunch of old doors and a couple of murals (maybe more, or others, by the time you see this).

If you'd like a Google satellite map with a pin in front of the wall, click there. 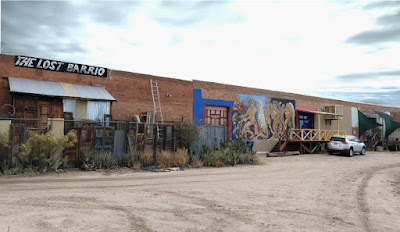 Here's the door at the right end of the first photo above… photos of the mural are next: 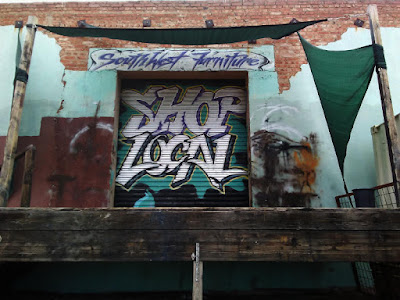 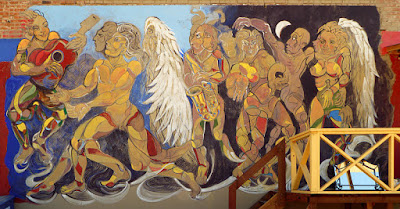 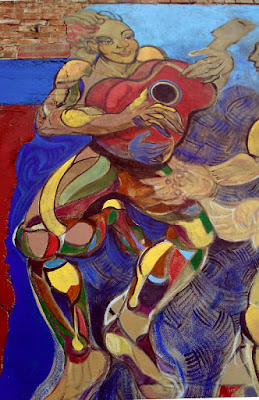 Gerardo Olmedo, the owner of Lost Barrio Gallery — the store behind the mural — sent me this photo on April 16th of Salvador Duran in front of his mural: 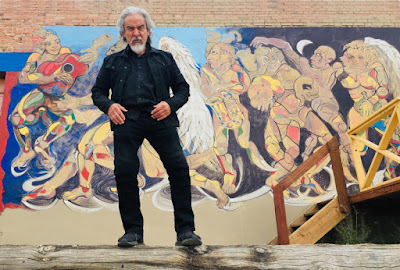 Look closely at photos 4 and 6. There appears to be more legs than people.