The Anita Street Market has had murals on its north wall since at least 2009 — which is when I took this photo on May 14th: 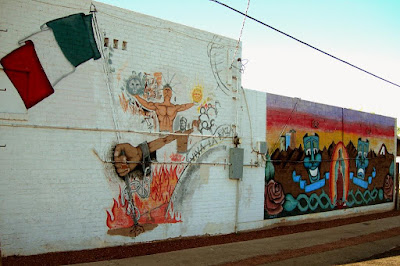 (It's from the blog entry Murals in (on) store.)

Since then, the left (east) side of the mural has been repainted; the right-side mural was also freshened up. Let's start with photos of the completed mural… I took them on May 15, 2019. After these are photos of the new murals being painted. 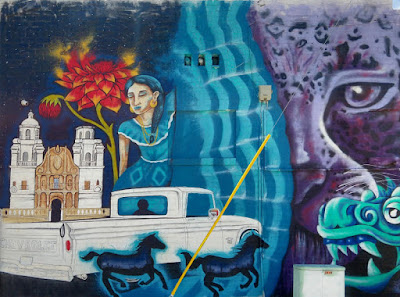 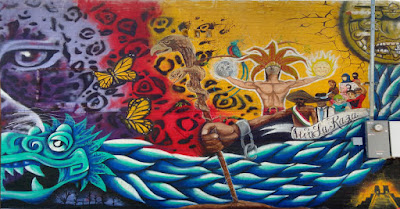 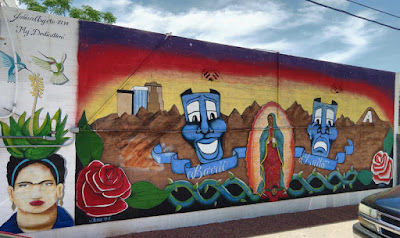 Next, the murals being repainted on August 22, 2018. In the second photo, you can see that they've kept the man holding the moon and the sun in his hands from the older mural. The last photo shows that the mural had been tagged. 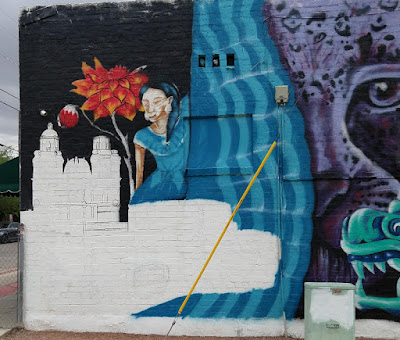 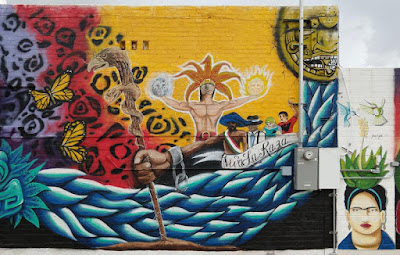 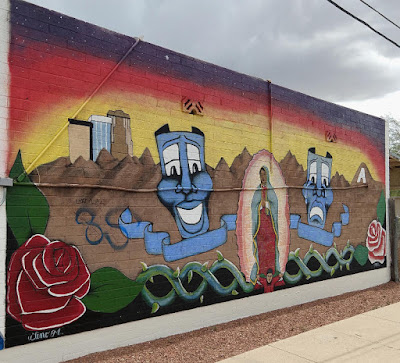