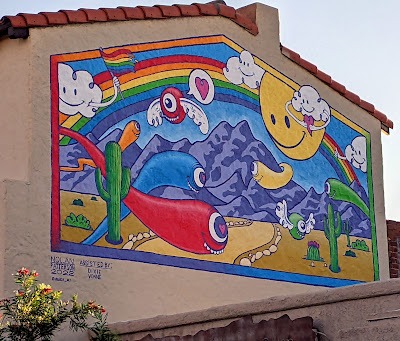 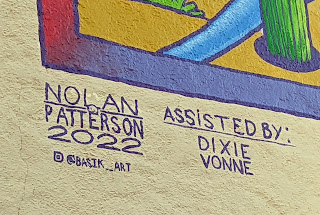 Although he signed the mural with @basik_art on Instagram, at the end of September he only had one post. You can see a lot more of his work on Facebook, https://www.facebook.com/nolan.patterson.98.

I took the first photo just at sunrise on August 23 and the second a bit later.
Posted by Jerry Peek at 6:01 AM

Such colorful, other worldly elements who seem quite at home in the desert!