El Parque de San Cosme is along Simpson Street, just south of the new fire station, east of I-10 and just east of the El Paso & Southwestern Greenway. (The "official" address, from the Tucson Parks & Recreation “special places” web page, is 496 W. Cushing Street, but it's actually on Simpson.)

Neither Google Maps or Mapquest had it at the time I checked. But here's a Google Map with the marker on the spot. It's a nice spot, with tables, a gazebo, and a big wraparound mural. Here's the mural from the southwest side: 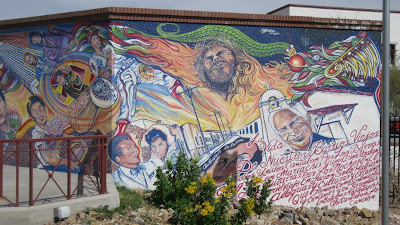 The muralist was Luis Gustavo Mena.

Update (March 3, 2014): Here are two close-ups of the mural from its center and right panels: 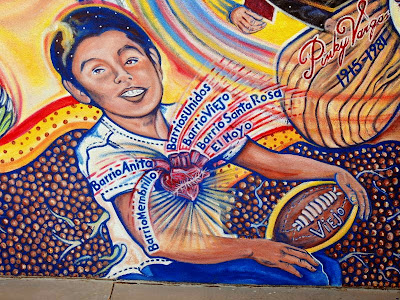 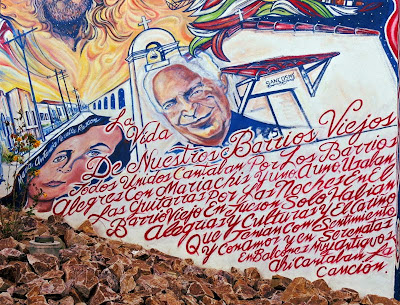