The mural on the southeast wall of BLX (on the northern corner of 7th & Toole) was of five faces on May 28.

When I rode my bicycle by that same spot four and a half months later — on October 18 — the scene had changed: 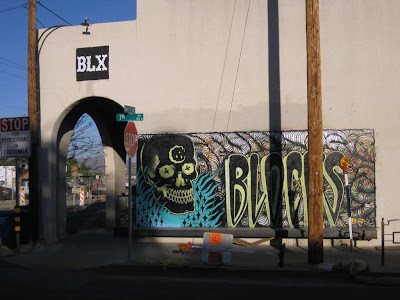 So that mural was painted sometime between May 28 and October 18. (I found out later that the artist was Tommy Chambers.)

November 21, I saw a different mural here. This one (I found out later) was by Yerba: 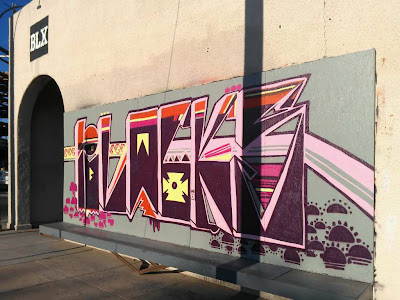 On a long ride (after a big Christmas dinner :) December 25, I found yet another new mural on that corner. The mural follows the same theme, blocks, and also has a head at the left side facing into the mural, but looks completely different otherwise. Muralist John Flood painted this one: 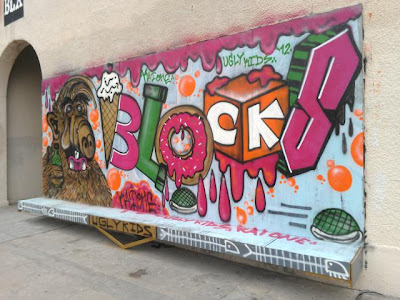