On September 28th, when I was on the overpass that crosses Tucson Boulevard south of Irvington, I looked into the schoolyard just west of there and spotted a part of a mural. Kids were going into the school, and the grounds hadn't been locked up for the day, so I stopped into the office to ask permission to look around. (The school's official address is 2353 E. Bantam Road. Here's a satellite map from Google that shows the campus — and the overpass, just east of the school.)

There turned out to be lots of murals. I'll show half of them today — around the north half of the campus. In the next post I'll show the spectacular David Tineo mural that I glimpsed a bit of from the overpass.

The school's mascot is an eagle. This mural is across the hallway from the school office: 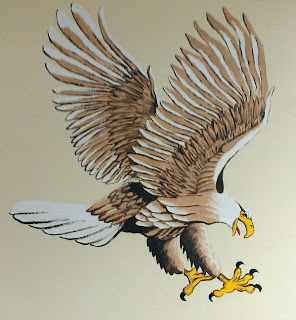 On a building housing restrooms, north of the main school building: 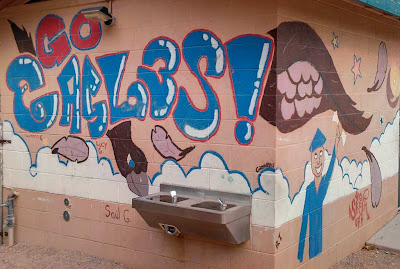 The west and east ends of a mural on a long building north of the parking lot (which is to the west of the main school building): 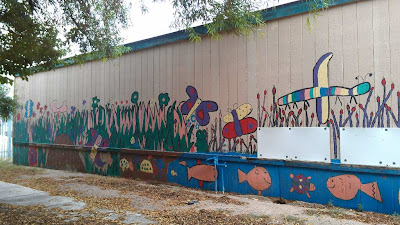 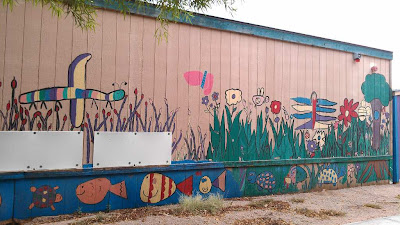 Our December 18 post shows the other mural on campus.
Posted by Jerry Peek at 11:48 AM